Former Empire actor Jussie Smollett has stepped into the Chicago courtroom of Judge James Linn for the start of his criminal trial, PEOPLE confirms.

The Chicago Tribune reports that Smollett — dressed in a dark suit and a dark face mask — walked into the courtroom with two supporters flanking him and holding on to both of his arms.

Smollett is charged with six counts of disorderly conduct on suspicion of making false reports to investigators in 2019 after telling police he was the victim of a racist and homophobic attack.

His lawyer has entered not guilty pleas on his behalf.

Smollett, an openly gay Black actor, was originally indicted in March 2019 with 16 counts of disorderly conduct for allegedly filing a false report claiming that two men attacked him on Jan. 29, 2019. Those charges were unexpectedly dropped later that same month.

"After reviewing all of the facts and circumstances of the case, including Mr. Smollett's volunteer service in the community and agreement to forfeit his bond to the City of Chicago, we believe this outcome is a just disposition and appropriate resolution to this case," the Cook County State's Attorney's Office said in a statement.

The case against him was later revived by a special prosecutor, Dan Webb, and in early 2020, Smollett was once again charged with disorderly conduct. The indictment against the actor alleges he "knew at the time … there was no reasonable ground for believing that such an offense had been committed" when he told police he'd been assaulted by "two unknown offenders."

During the alleged attack, Smollett claimed the black-clad, masked men spewed racist and homophobic slurs at him.

Authorities allege the incident was staged for publicity purposes.

Smollett maintains his innocence, and said that he has told police nothing but the truth.

Following his arrest, the actor's run on Empire abruptly ended, with Fox CEO Charlie Collier saying Smollett would not return for the show's sixth and final season.

Smollett had portrayed musician Jamal Lyon in the series.

Smollett's trial is expected to last one week. 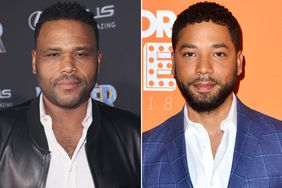 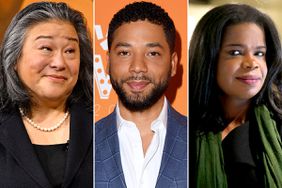 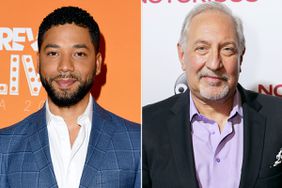