Chicago Police Superintendent Eddie Johnson is speaking out about the Jussie Smollett case, saying his department gave the Empire actor every benefit of the doubt as they investigated his claims that two masked men attacked him in a racist and homophobic hate crime.

“The entire time that we investigated the incident he was treated like a victim,” Johnson told Good Morning America anchor Robin Roberts on Monday morning.

Johnson says that even as the star’s story allegedly started to unravel, he insisted the investigation continue with Smollett as a victim. “I refused to let CPD characterize him as a suspect unless we had concrete evidence,” he said.

But, according to Johnson, the evidence soon became overwhelming that Smollet had allegedly filed a false report. It was then that Johnson decided to publicly debunk his story.

“There’s a lot more evidence that hasn’t been presented yet that does not support his innocence,” Johnson told the show, citing “physical [evidence], video and testimony.”

Smollett, who is black and gay, is facing a felony charge of disorderly conduct. If convicted, he could serve up to three years in prison.

On Thursday, Chicago police held a press conference in which they alleged Smollett paid $3,500 to stage a “bogus” attack against him to draw attention to himself because he was dissatisfied with his salary — a claim he denies.

Johnson says that Smollett’s allegations are damaging to Chicago.

“The city of Chicago has its issues, the Chicago Police Department has its issues with racism and excessive force and all of that, and I’m acutely aware of that,” Johnson told GMA. “But we didn’t earn this particular incident and I just refuse to let us have to take that shot if I have evidence to the contrary. It’s a damaging thing to do to a city and to a police department, so it’s my responsibility to ensure that the record gets set straight.”

Johnson’s interview came days after Empire executive producers announced that the actor’s character Jamal Lyon will be removed from the final two episodes of season 5.

Smollett was arrested last Thursday morning after turning himself in to police, one day after he was charged. He presented in bond court on Thursday afternoon, where a judge set his bond at $100,000; he was released after posting $10,000 bond. He has also been asked to surrender his passport. His next hearing is scheduled for March 14.

Smollett has maintained his innocence. In a statement released by his attorneys on Thursday and obtained by CBS Chicago reporter Charlie De Mar, the actor’s legal team said that “presumption of innocence … was trampled upon” in the Empire star’s case.

Smollett’s attorneys say that they are gearing up to launch an “aggressive defense” to fight the charge. 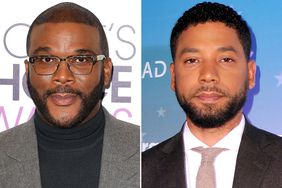 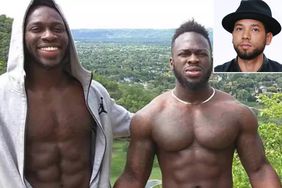 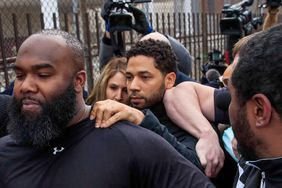