Man Convicted of Luring Young Woman on Tinder Date, Then Strangling and Dismembering Her

Jurors this week convicted 52-year-old Aubrey Trail, finding him guilty of first-degree murder in the 2017 death of Sydney Loofe, a 24-year-old Nebraska woman who vanished following a date with a Tinder match.

It took less than three hours for jurors to return a guilty verdict in the case, and now a three-judge panel will determine if Trail deserves the death penalty for the killing.

Trail was arrested weeks after the murder, along with his girlfriend, Bailey Boswell, 24, on first-degree murder charges.

Boswell’s trial is scheduled for this fall; she has pleaded not guilty.

Early on in his trial, Trail slashed his own neck in the courtroom as he declared Boswell’s innocence.

Loofe was reported missing on Nov. 16, 2017, after failing to show up for her shift at a Lincoln, Nebraska, home improvement store.

It would be weeks before her body would be recovered — chopped into 14 individual pieces, which were dumped in ditches along a state highway.

According to detectives, on the day she went missing, Loofe had plans to meet up with a woman she had met through a dating app. Her family told police she sent a friend a message on Snapchat before the date.

Authorities believe she was killed either on Nov. 15 or 16, after she and Boswell met on the Tinder dating app and exchanged about 140 messages over several days.

The two women had gone on a date Nov. 14 and made plans to go out again the next day.

While the two were behind bars on unrelated charges the following February, Trail made the startling claim that he had accidentally strangled Loofe during a consensual sexual encounter that also involved two other women — but not Boswell, he said.

“It was suffocation,” he said in an interview with a World-Herald reporter, whom he called to share his account of the incident.

Loofe had allegedly agreed to be part of a sexual fantasy with Trail and the two other women while Boswell was passed out from drugs in another room, he said.

“It wasn’t supposed to go to the extreme it went, of course not,” he said. “It wasn’t meant that she was to die.”

Instead, prosecutors argued at trial, the couple scoured social media sites and dating apps, spending weeks looking for a potential victim before deciding it would be Loofe.

The Nebraska Attorney General’s Office issued a statement, saying it was “pleased with the determination of the jury in today’s decision.”

It continued: “We offer our sympathy again to the Loofe family, hoping our system of justice provides some form of solace to them for their loss of their daughter Sydney.” 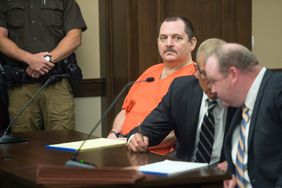 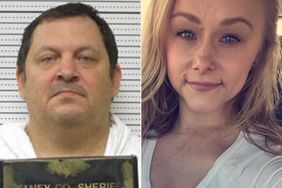