TV Judge Joe Brown Completes 5-Day Jail Sentence for Contempt of Court: 'I Would Do It Again'

In an interview with PEOPLE, Judge Joe Brown says he's coming out of retirement after his five-day jail sentence

Judge Joe Brown says couldn’t stand idly by while an injustice was done, and that he ended up paying for it with jail time. But the TV judge tells PEOPLE exclusively that he would do it again in a heartbeat.

“A citizen was being gravely mistreated,” Brown, who presided over the CBS arbitration show Judge Joe Brown from 1998-2013, says. “I couldn’t allow that to happen. I had an opportunity to stand up for her and I took it.”

On Tuesday morning, the 68-year-old completed a five-day jail sentence for contempt of court in Memphis, Tennessee. He describes his time in jail as “like being in slave quarters.”

The contempt of court charge stems from a 2014 incident in which Brown represented a woman in her child support case. According to ABC News, he ignored a judge’s warning to quiet down after “getting loud” with court employees.

But Brown, who represented the woman pro bono, says that the woman was being “mistreated,” and that Juvenile Court Magistrate Harold Horne was acting “arrogant, disrespectful and discourteous.”

“He seemed to be very impatient,” says Brown. “He didn’t want to be there.”

He adds: “That’s not what American justice is supposed to be about.”

A spokesman for the Shelby County Juvenile Court, chief Magistrate Judge Dan Michael, condemned Brown’s behavior, telling ABC News at the time, “This is not Hollywood. This is the real thing and as an officer of the court he should have known better.”

Brown’s heated exchange with Horne was captured on tape, but Brown says that what the public heard was “severely edited.”

“I have always been a person who’s been about justice,” he says. “When I saw a wrong, I was taught to do something about it. There was a manifest injustice in front of me. You have to do what is right.”

Brown admits, however, that he was frustrated with the five-day sentence. “It’s like contempt of the contemptible. I don’t feel like that is an adequate court. It’s not fair. But it was similar to what a lot of people get down there. It’s preposterous.”

The incident has inspired Brown to come out of retirement: He’s working on a new daytime show titled True Verdict with Judge Joe Brown. “The people need a voice,” he says. “The people that have got the education, they are supposed to give back. There are some that do. But too many that don’t.

“You need to help folks. I’m giving back and I’m encouraging others to do so too. Do the right thing. Do what you ought to do. We can all help each other.” 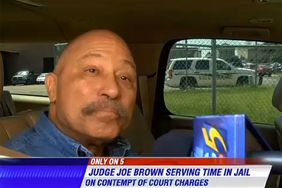 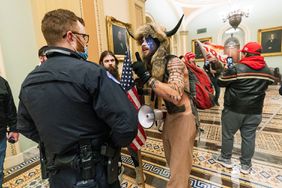