According to attorney Lauren Varnado, Circuit Judge David W. Hummel Jr. pointed a gun at the defense during a March 2022 court case

During a trial in West Virginia in March, a judge allegedly pulled out a handgun, scanned the room with it, and pointed it directly at the defense team, according to a defense attorney who was present. The judge then allegedly laid it on the judge's bench and rotated it until the barrel was facing the defense attorneys before continuing on with the trial.

According to the Daily Beast, which first reported on the story, Circuit Judge David W. Hummel Jr., who presides over cases in Marshall, Tyler and Wetzel Counties, denied the incident ever took place.

However, Hummel is now under investigation by the state's Judicial Investigation Commission, according to the commission's documents, which were obtained by PEOPLE.

Attorney Lauren Varnado was representing EQT Production Company and Equitable Resources — now named EQT Corporation — during the trial. The case, which has since been settled, concerned mineral rights and gas drilling.

Before the alleged incident with the gun took place on March 12, Varnado tells PEOPLE she had filed a motion to disqualify Hummel, citing alleged conflicts of interest related to his family. (The motion was ultimately unsuccessful.)

According to Varnado, this motion for disqualification, which required Varnado to discuss Hummel's family in his presence, created tension with Hummel from the beginning.

"As you could imagine, that was extremely uncomfortable," Varnado tells PEOPLE. "Especially when some of the potential issues were related to familial relationships. That's typically something you'd never discuss with the judge."

According to Varnado, the next time she and her fellow attorneys appeared before Hummel in court, "He looked at me dead in the eye and said, 'Nice try.'" Varnado says.

Varnado says she first saw the judge's gun during the pre-trial conference on March 1 when his judicial robe was unzipped, but at the time, the gun was holstered.

During the trial, Varnado alleges Hummel verbally demeaned her. At one point, she alleges he interrupted her opening statements, dismissed the jury, and berated her.

"He screamed I'm a despicable person, and used profanity, which I've never heard anyone in court cuss to be honest," she alleges. "I was in total shock, and it proceeded for the rest of the week. It was torture, and every day, you never knew what was going to set him off."

She alleges similar incidents occurred regularly leading up to March 12. On that day, she says a member of their team who had been brought for security was turned away at the door by a court officer.

Varnado alleges Hummel then asked her in court why she had brought that person with her.

According to a copy of the court transcript obtained by The Daily Beast, Hummel subsequently said of the person, "We were never told these folks were security until most recently."

Referencing the security person, Hummel added, "I got this man here carrying a man purse, which I make fun of him every damn day for wearing such a sissy-ass contraption. And I hear he has blood coagulant. I have blood coagulant up here too, and I've got lots of guns. Like, bigger ones too."

Varnado alleges Hummel then stood up, pulled out his gun out and scanned the room with it before pointing it directly at the defense team. He then allegedly placed the gun down on his wooden judicial bench and rotated the gun until the barrel was facing the defense team, doing so "slowly and deliberately," she says.

Varnado says, "I do know enough about gun safety to know that you never hold a gun in a shooting fashion when you're not intending to shoot."

The gun remained out in the open and in the same position for the rest of the hearing, she says.

After the hearing, Varnado reported the incident to the FBI.

"The truth of it is, you should never feel unsafe or afraid in your workplace, and as a trial lawyer, the courtroom is your office," Varnado says. "Not only that, but a court is supposed to be a place of dignity and respect, not threats and ridicule."

Explaining why she decided to publicize her allegations, Varnado says, "What occurred was so over the top that I shudder to think what happens with someone who would never say anything."

It is unclear whether Hummel is currently presiding over cases in West Virginia, but he was still listed on the West Virginia Judiciary - Supreme Court of Appeals of West Virginia website as of Thursday.

According to CBS News, EQT Corporation recently released a statement in support of Varnado that reads: "A courtroom is meant to be a place of honor, respect and dignity. EQT is committed to prioritizing the safety of our employees and partners no matter where they work. We are thankful for the service of Ms. Varnado and her colleagues and relieved that they were not injured."

CBS reports that Judge Hummel's office told the outlet the judge is prevented from commenting at this time.

According to CBS, the West Virginia Judicial Investigation Commission had no comment, and FBI Pittsburgh said it cannot confirm or deny the existence of investigations. 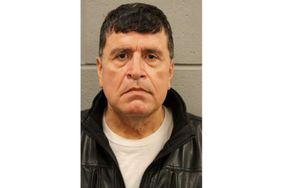 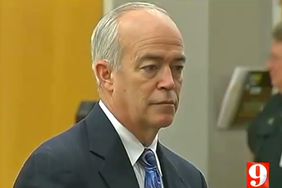 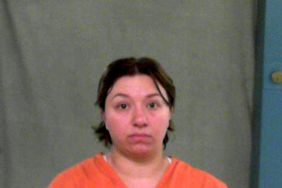 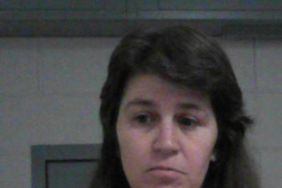