"Plaintiffs were 'star struck,' as Harris was already a known All-Star Cheer personality, icon and coach within the state and nationally," the suit states

Jerry Harris, the star of the Netflix docuseries Cheer, is being sued by two underage twin brothers for allegedly sexually abusing them and demanding nude photographs from them.

According to the suit, which was filed Monday in Tarrant County Court in Texas and obtained by PEOPLE, the plaintiffs are both competitive cheerleaders. The suit says Harris, now 21, first encountered the twins in 2018, when the boys were 13. It alleges he leveraged his prominence in the cheerleading community to groom them for abuse.

A spokesperson for Harris tells PEOPLE, "We categorically dispute the claims made against Jerry Harris, which are alleged to have occurred when he was a teenager. We are confident that when the investigation is completed the true facts will be revealed."

The suit accuses Harris of befriending the boys on social media and demanding nude photographs from them soon after. It further alleges he would repeatedly ask them about their sexual experiences, saying that he "exploited the fact that Plaintiffs were openly gay."

The suit alleges that in 2019, Harris once "closed himself in a stall" with one of the boys and "started demanding and begging that [the alleged victim] perform oral sex" on him.

The lawsuit includes screenshots of social media conversations. According to the suit, the exchanges show Harris requesting nude photos and sex from the boys.

On Monday, USA Today, citing multiple sources, reported the FBI was investigating allegations that Harris requested nude photos and sex from the twins, who were identified by the outlet only by their first names, Charlie and Sam. (The twins' attorney, Morgan A. Stewart, confirms to PEOPLE that the plaintiffs in the lawsuit were the alleged victims referenced in the USA Today article.)

In a statement to PEOPLE, an FBI spokesperson said, "The FBI is conducting court-authorized law enforcement activity in the area. There is no further information at this time."

Harris rose to fame on Cheer, a docuseries that follows Texas' Navarro College competitive cheerleading team. Harris, a star on the team, was known for his positive demeanor and the way he inspired teammates.

In June, Harris told PEOPLE he never expected to have so much screen time on the show, but that it was "really nice to see."

Cheer's Jerry Harris Gives a Mat Talk to the Country: Live 'with an Attitude of Gratitude'

"I loved seeing the reaction from everybody else. People are just so inspired and how they're so motivated and how each of our stories hits different to each and every different person," he said. "It's truly amazing to see what has come from this show."

It was not immediately clear if Harris or Varsity Brands have retained lawyers.

• With reporting by CHRISTINE PELISEK, MELODY CHIU and LAURA BARCELLA 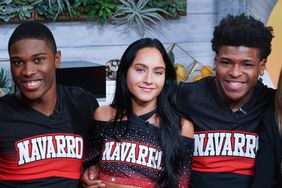 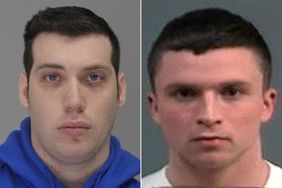 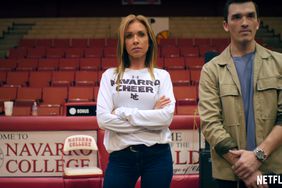