"As long as you have love and support, you can do anything you set your mind to," Knight says in a message to Jayme

Michelle Knight, the woman who was a prisoner in a Cleveland home for more than a decade, had “tears of joy” after learning of Jayme Closs’ safe recovery.

“I’m glad she’s safe and not in the arms of somebody going to hurt her. She doesn’t deserve it,” Knight tells PEOPLE. “Coming from my experience, I’m sure she was scared and panicking but happy she got away.”

On Thursday afternoon, 13-year-old Jayme escaped from a home in Gordon, Wisconsin, where authorities say she was being kept by a 21-year-old man, who is accused of kidnapping her and killing her parents nearly three months earlier.

Jayme had been missing after vanishing on Oct. 15 — the same night her parents were found dead in their home in Barron, Wisconsin, nearly 70 miles south of Gordon. She had been declared “missing and endangered,” an AMBER Alert was issued for her and thousands of people joined investigators in their search for her.

Knight was 20 when she was kidnapped in August 2002 by Ariel Castro. Along with two other captives, Amanda Berry and Gina DeJesus, Knight endured unimaginable torture and sexual abuse before the trio escaped on May 6, 2013. Since then, she has officially changed her name to Lily Rose Lee.

She says Jayme’s alleged captor may have made her feel like everything was her fault, something she hopes the teen knows is untrue.

“From my experience the person made me feel it was my fault. It was my fault that I got into the car,” Knight says.

Jayme was rescued on Thursday afternoon after escaping her alleged captor and approaching a woman with a dog for help. The woman, named Jeanne Nutter, brought Jayme to the nearby front door of Kristin and Peter Kasinskas, who opened their front door around 4 p.m. to the sound of frantic knocking from a female neighbor. “This is Jayme Closs! Call 911!” the woman said, the pair recalled to the Star Tribune.

“She seemed kind of in shock and kind of timid, but she did talk to us a little bit,” Kristin Kasinskas, who took Jayme into her home, told Today of the moment. “It wasn’t like she was scared of us. She wasn’t crying or upset. She was just very calm.”

On Friday, police identified the man they allege killed Jayme’ parents before abducting the teen as Jake Thomas Patterson of Gordon. Patterson, 21, has been charged with two counts of first-degree intentional homicide and one of kidnapping.

Patterson, who is unemployed, was not on the radar of investigators and had no criminal history in Wisconsin, authorities said at a Friday press conference. He is currently in the Barron County Jail and police are not looking for additional suspects.

At the press conference on Friday, Baron County Sheriff Chris Fitzgerald alleged the suspect planned the crime and that “Jayme was the only target,” and that Patterson allegedly went to the home for the purpose of kidnapping Jayme and had no prior contact with the parents.

Jayme has been reunited with her family after being released from a hospital and undergoing medical and mental evaluation, authorities said Friday.

“Jayme is a complete badass,” Jodie Arnold, who is first cousins with Jayme’s late mother Denise, previously told PEOPLE. “As far as I’m concerned she saved herself.”

Knight stresses that it’s important for Jayme to not rush the healing process and that she is probably still working through a variety of emotions.

“Being such a young girl she’s going to be afraid and ashamed to talk to anyone, “Knight says. “We want to be able to give her a safe environment so that she can talk about what happened.”

In a message to Jayme she says: “Jayme, take time to heal and just know you’re not alone. As long as you have love and support, you can do anything you set your mind to.”

• with reporting by WENDY GROSSMAN KANTOR 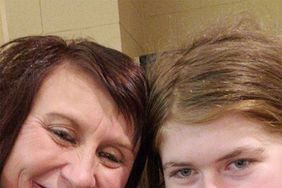 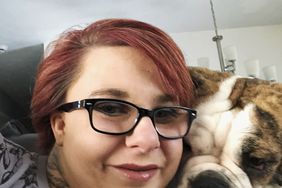 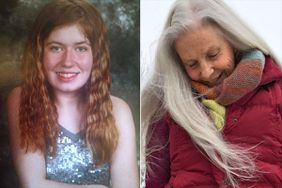 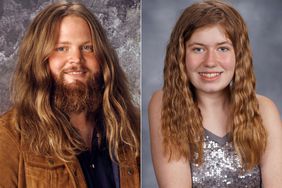