Jayme Closs, 13, has been declared "missing and endangered" after her parents' fatal shootings

Jayme Closs, the Wisconsin 13-year-old declared missing and endangered after her parents were found fatally shot in the family’s home early Monday, was extremely close with her slain mother, friends and relatives tell PEOPLE.

Both Jayme and 46-year-old Denise Closs were described as quiet, kind, religious and giving, an example of how a loving mom raised her daughter with her own good values.

“They were just two peas in a pod,” family friend Melissa Salmonson tells PEOPLE, describing the pair as “almost inseparable” and saying Denise “was pretty quiet and shy like Jayme — they were similar.”

Barron County authorities have said Jayme was home when her parents were killed. On Monday morning, just before 1 a.m., authorities received a 911 call in which nobody spoke to the dispatcher but “a lot of yelling” could be heard,” according to a dispatch log released by the Barron County Sheriff’s Department and obtained by CNN.

The call came from Denise’s phone, according to the dispatch logs. When police arrived at the family home, they found the bodies of Denise and her 56-year-old husband, James Closs — but no sign of Jayme, who is now the subject of an AMBER Alert.

Barron Sheriff Chris Fitzgerald said at a news conference earlier this week that Jayme, who is not a suspect in the killings, is “missing and endangered.”

The dispatch logs reveal that a responding officer found “the door [to the Closs home had] been kicked in.” Previously, Jayme’s relatives told CBS News the front door to the home was shot in.

With their rural community reeling from the horror, friends, relatives and community members are opening up about Jayme and Denise.

A news release from the Barron Area School District described Jayme as “a sweet, quiet girl who is a loyal friend and loves to dance.” She also ran cross country.

School officials relayed an anecdote from one of Jayme’s teachers: In response to a question on one of her assignments about what she would do with $1 million, Jayme wrote, “Feed the hungry, and give the rest to the poor.”

The apple didn’t fall far from the tree, according to Denise’s cousin Jodie Arnold, who said that Denise and her sisters became very active in cancer charity work after their mother died from the disease.

“Denise was the kind of person that with all of these things that happened, her reaction was to do something about it. … She was always really diligent trying to help Jayme out doing fundraisers for school and things like that,” Arnold recalls.

Adds Salmonson, “The family would help anyone, anytime, with anything they needed.” (Salmonson has since started a Facebook page for the candles she is making to raise money for Jayme, entitled, “Light the Way Home for Jayme.”)

She describes Denise as a mother whose involvement showed how much she cared about her daughter: “A lot of parents will drop [their] kids off at activities when they get to be a little older. But Denise was always there. If Jayme went to the roller rink with friends, Denise was there.”

That sentiment was echoed by Christine Fink, a dance instructor who taught Jayme ballet and jazz dance, which helped the quiet teen develop confidence.

Denise, she said, “was just a very present mom in her daughter’s life — you could tell they had a great mother-daughter relationship.”

Both James and Denise were long-time employees of the Jennie-O Turkey Store in Barron. The company released a statement expressing sorrow at their deaths.

“Our thoughts are with the Closs family and the entire Barron community,” the statement reads. “This is a difficult time for our entire team and we are mourning this loss and are still processing this terrible tragedy. We are also hopeful for the safe return of their daughter, Jayme, and are keeping her and the Closs family in our thoughts.”

‘Every Second … Filled with Anxiety’

Federal authorities have expanded the nationwide search for Jayme and more than 100 officers — local, state and with the FBI — are working on the case, CBS News reports.

Meanwhile, her home community is shaken by the shocking violence.

According to Salmonson, children in the town who know Jayme “don’t want to be alone — especially at night. They don’t want to sleep alone. They want the blinds closed.”

Adds Fink, “Every second of every day is filled with anxiety and you can’t stop praying. Scenarios go through your mind but … I just don’t even want to go there. We have to find her.”

Arnold says she is pained by thoughts of the hurt that Jayme might be experiencing.

“When I think of Jayme — if she’s alive — how scared she must be and how much trauma she must have that she can’t even process,” Arnold says. “It just makes me sick to my stomach. I mean, 13 years old.”

Friends have set up a fundraiser on Facebook for the benefit of the Closs family.

Jayme Closs' Relative Was 'Not Prepared' for Horrifying Details of Murders: 'New Level of Terror' 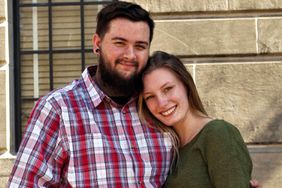