The shocking suicide of disgraced NFL star Aaron Hernandez served as a cold reminder that the 27-year-old convicted murderer once had a promising future.

As a member of the 2008 University of Florida national championship football team, the 19-year-old tight end was playing alongside future NFL players like Cam Newton, Tim Tebow, Deonte Thompson and Mike Pouncey.

“Aaron stood out, even among the football players.” says classmate Katie Benson Sears. “You’ve got to understand that the Gator football players were gods here. They weren’t just big men on campus; they were known in the community. If they went to restaurants, the owners would want to take their pictures. Kids would come up for autographs.”

“Aaron walked around the campus and the town like he owned it,” Sears continues. “He had a swagger that made people notice him.”

By his junior year, Hernandez had won the John Mackey Award, which is presented to college football’s best tight end. He was recognized as an All-American. He put up impressive statistics.

And the NFL took notice. Hernandez was selected by the New England Patriots in the fourth found of the 2010 NFL Draft. He signed a four-year contract that included a $200,000 signing bonus. He started the 2010 season as the youngest active player in the NFL.

The first two years went well, and Hernandez became a valuable member of the Patriots. In 2012, the team signed him to a five-year contract extension. His $12.5 million signing bonus was the largest ever given to a tight end in the NFL. He was under contract to stay with the team until at least 2018.

Things seemed to be going well in his personal life, as well. Hernandez started dating Shayanna Jenkins in 2007. In November 2012, the couple had their first child, a daughter named Avielle Janelle Jenkins-Hernandez. The couple got engaged, but never married.

Despite his career success, Hernandez had a dark side. He was known for having a hair-trigger temper and a penchant for fighting. PEOPLE confirms multiple contentious incidents at the University of Florida where Hernandez got into shoving matches with other players and students.

At age 17, the he drank two alcoholic drinks at a restaurant in Gainesville and refused to pay the bill. As a waiter escorted him out of the establishment, Hernandez sucker punched him in the side of his head, rupturing his eardrum. According to court documents, the police recommended a felony battery charge, but the incident was settled with a deferred prosecution agreement.

Later that year, five shots were fired into a car in Gainesville. One of the victims told police that the shooter was a tattooed, muscular “Hawaiian or Hispanic” male. Police tried to interview Hernandez, but he invoked his right to counsel. Although no charges were filed at the time, authorities revisited the case after Hernandez was accused of the Odin Lloyd murder.

Despite his temper, Hernandez was a disciplined athlete. “I think a lot of people don’t understand the hard work and discipline that Aaron had to become so successful,” his attorney, Jose Baez, told PEOPLE on Saturday, just three days before Hernandez’s suicide. “He worked very hard to get to where he was, and he overcame a lot of odds to get there.”

On Trial for Three Killings, Convicted for One

Although he was rich and famous, Hernandez’s self-destructive behavior continued. He was constantly spotted in clubs and bars around the country, often downing several drinks within minutes. By his own admission, he experimented with drugs. His lawyers said he regularly smoked marijuana. It’s unclear how he passed the NFL drug tests.

And then, in 2013, he was arrested for the murder of Odin Lloyd, a man who dated his fiancée’s sister. As he awaited trial, he was charged with the the drive-by fatal shootings of Daniel Jorge Correia de Abreu and Safiro Teixeira Furtado.

Perhaps the strangest thing about both alleged killings was the seeming lack of a substantial motive. Prosecutors alleged that Hernandez felt that Lloyd was “untrustworthy.” They alleged that he had shot de Abreu and Furtado over an accidental spilled drink.

Although the motive for the Lloyd murder was never fully articulated in court, there was enough evidence for a jury to convict Hernandez in the shooting. He was sentenced to life in prison without the possibility of parole.

At his sentencing, Lloyd’s mother, Ursula Ward, tearfully addressed the court, saying, “The day I laid my son to rest, I felt like I wanted to go into the hole with my son, Odin.”

But the de Abreu and Furtado murders were a different story. The defense raised an enormous amount of reasonable doubt, pointing the finger at the prosecution’s star witness, Alexander Bradley. (Bradley had also claimed that Hernandez shot him in the face to prevent him from testifying.) After 37 hours of deliberation, the jury acquitted Hernandez.

Even after his acquittal, Hernandez would have remained behind bars for the rest of his life because of his conviction in Lloyd’s death. He was planning to appeal.

By all accounts, Hernandez was miserable in jail. He missed the adulation of fans. He grew angry and despondent. In 2015, he served as the lookout for a gang-related fight. He also racked up some additional charges in prison. In November 2013, he was charged with threats to do bodily harm for allegedly threatening an officer. Three months later, he was charged with assault and battery after a fight with another inmate.

But no one knew how despondent Hernandez had gotten until he hanged himself in his prison cell.

“Mr. Hernandez was in a single cell in a general population unit,” a statement from the Massachusetts Department of Corrections reads. “[He] hanged himself utilizing a bedsheet that he attached to his cell window. Mr. Hernandez also attempted to block his door from the inside by jamming the door with various items.”

Hernandez was rushed to UMass Leominster hospital where he was pronounced dead at 4:07 a.m. He was 27. 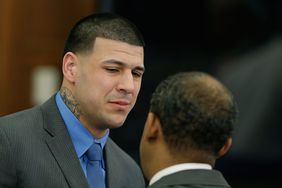 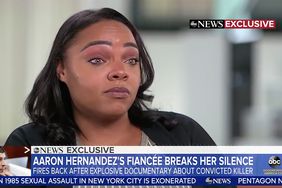 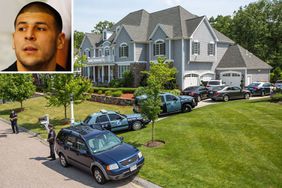 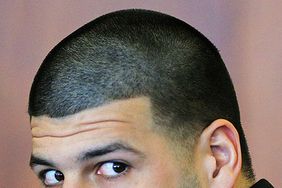