Inside the Desperate Search for Sarah and Jacob Hoggle, Missing for Three Years

Troy Turner has a vivid memory of the happy family day just before his two youngest children vanished three years ago.

After their older brother’s soccer game, Sarah, 3, and Jacob, 2, accompanied their parents on a visit to the park. “I have a ton of pictures from that day where the kids are having fun,” their father says.

It was part of a system of oversight he’d worked out for himself, given Catherine’s prior struggles with mental illness for which he says she was taking medication after a hospitalization and diagnosis of schizoaffective disorder, akin to schizophrenia.

“They were watching TV and playing with wooden blocks,” Turner recalls of his kids. “The last thing I did was hug them, kiss them all and tell them I love them and that Daddy can’t wait to get home to see them.”

It also was the last time he saw Sarah and Jacob. Their mother, now charged with their murder and committed by the court to a state psychiatric hospital, has offered no proof about what became of them.

According to police investigating the case, Catherine left her mother’s home that day in 2014 around 4 p.m., saying she was taking Jacob out to get pizza. Three hours later — without either Jacob or pizza — she returned to say she had dropped him off at a playmate’s house for a sleepover. She then took Sarah and the couple’s older son back to her own home.

Turner, a time-share senior sales representative, returned from work around midnight, too tired to carry out his usual routine of checking in on each child to kiss them goodnight — an omission he regrets still, because he awoke the next morning to discover Jacob, Sarah and their mother all gone.

When Catherine eventually returned, she claimed she’d dropped the two kids at a new child care center. But later, as she directed Turner from place to place with no sign of the children, his frustration grew.

“Where are my kids?” he demanded.

With growing panic, Turner steered his vehicle toward the police station. Catherine asked him to stop at a fast-food restaurant — and after texting her mother that the missing kids were fine, she disappeared herself, not to re-emerge for several days when she was found wandering the streets and taken into custody.

For three years Catherine faced misdemeanor charges as battles unfolded in court over her mental competency and she remained in a psychiatric hospital. With those charges set to expire, the prosecutor upgraded the allegation in September to murder, a charge for which Catherine has not yet entered a plea while the courts still consider her to be not competent.

“As she sits in the hospital, she is innocent,” says her attorney, David Felsen. Her next hearing will be in 2018.

Turner, meanwhile, has pushed search efforts, distributed missing-persons fliers and launched a Facebook campaign to spread the word and collect clues. None of it has brought resolution.

He describes Sarah as his “tomboy princess” because she loved wrestling with her father and brothers as much as she loved playing with her dollhouse in her pink bedroom with the purple accents.

Jacob, he says, was “the sweetest soul ever born,” so affectionate and compassionate even at his young age that when his older brother was put in time-out, “Jacob would go sit with him so he wouldn’t be lonely.”

“I’ve just really tried to hold out hope because those are my babies, and who wants to admit their babies are gone?” says Turner, adding: “I don’t know of any scenario where they could even be alive at this point.”

• Watch the full episode of A Father’s Anguish — What Happened to Sarah and Jacob?, streaming now on PeopleTV. Go to People.com/peopletv, or download the app on your favorite streaming device.

Catherine’s mother, Lindsey Hoggle, says the suggestion that her daughter could have killed her own children is unthinkable. Lindsey says she has scoured her daughter’s emails, texts and phone records and believes the children are safe and her daughter knows where they are.

“I think that Catherine probably has a group of people who may have taken the kids,” she says.

It’s a possibility that is not entirely dismissed.

“We are aware there are underground networks that will hide children because they believe that it would be in the best interests of the children,” says Bob Lowery, vice president of the missing-children division of the National Center for Missing & Exploited Children. “I want those folks to know that this search will continue until the children are found.”

But investigators see things differently after the passage of time.

If the children were alive, “any sensible person would have come forward to say, ‘Here, this has been a big mistake,’ ” says Capt. Darren Francke with the Montgomery County, Maryland, police.

Turner is still waiting for Catherine to provide answers that he knows he may never hear.

“She made no threats to Sarah and Jacob,” he says. “If she would have, then she would never have been around them. She wasn’t supposed to be alone around them anyway.”

“She could say right now exactly what she did and nobody would know if it’s true because she lies about everything,” he says.

“For a long time now I’ve logically known that she killed them, and I tried to hold out hope because I’m the father and that’s what I want to do,” he says. “That’s my job. The detectives’ job is to look at what happened and figure it out. My job is to try to hang on and to try to find them … no matter what condition that’s in.”

If he believes she’s guilty as charged, why does Turner think Catherine would have killed their kids?

“I have no idea,” he says. “Honestly, I don’t think that’s something we’ll ever know.”

If you have any information on the fate or whereabouts of Sarah and Jacob Hoggle, call 911 or 1-800-THE LOST. 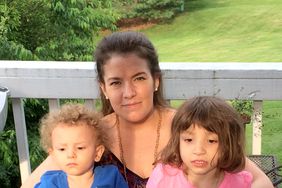 Father of Kids Missing for Three Years Wants Answers From Their Mom, Who Is Charged With Murder 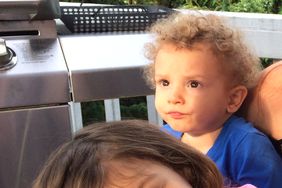 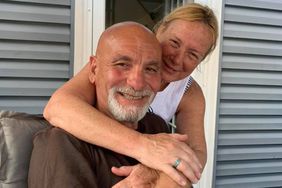 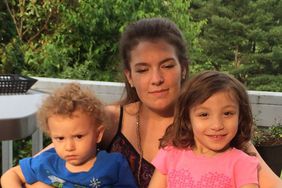