These notorious murders sent shockwaves through Hollywood, showing the dark side of the City of Dreams

In 1998, Phil Hartman, a Saturday Night Live cast member for eight seasons, was murdered by his wife Brynn in the couple’s Encino, Calif. Home. Hartman had been married to Brynn for 10 years and the couple left behind two children.

At the time of the murder-suicide, Brynn was a recovering alcoholic and cocaine user who had recently resumed drinking after a decade of near-sobriety.

An SNL cast member from 1986 to 1993, Hartman was known for his impressions, including those of President Bill Clinton and Frank Sinatra.

Linda Sobek, a former NFL cheerleader turned actress and model, had been missing for eight days in 1995 when authorities were at last led to her body in Angeles National Forest by the photographer who murdered her.

The photographer, Charles Rathbun, 38, initially claimed he hit the 27-year-old Sobek with her car accidentally during a photo shoot, then later claimed her asphyxiation was an accident that occurred during an argument.

Before his arrest, Rathbun tried to kill himself, setting off a dramatic scene that ended in gunfire and Rathbun’s apprehension — but no serious injuries. He was later convicted of first-degree murder and sexual assault.

Christopher Wallace, a.k.a The Notorious B.I.G., was murdered after midnight on March 10, 1997, after leaving a party hosted by Vibe magazine and Quest Records.

The Brooklyn rapper was riding in an SUV in the Miracle Mile section of Los Angeles when the driver of a Chevrolet Impala pulled up alongside his vehicle and opened fire.

Days prior to his death, Wallace said in a radio interview he had hired extra security because he feared for his safety, citing the ongoing East Coast-West Cost hip hop feud as well as the murder of Tupac Shakur six months earlier.

Bronx-born Sal Mineo’s big break came as a teenager when he starred opposite James Dean in 1955’s Rebel Without a Cause, which earned him an Oscar nod for Best Supporting Actor. His life was cut short at 37 when he was stabbed to death outside his West Hollywood apartment in 1976. Theories abounded about who killed the former heartthrob.

The answer came in 1979, when pizza deliveryman Lionel Ray Williams confessed to stabbing Mineo during a random mugging, saying he had no idea who Mineo was. Williams was sentenced to 57 years in prison for Mineo’s murder and 10 other robberies.

It’s the most highly publicized Hollywood murder case of all time: On June 12, 1994, Nicole Brown Simpson and Ronald Goldman were found dead with their throats slashed outside her condominium in Los Angeles’ tony Brentwood neighborhood. The main suspect? Brown Simpson’s ex-husband, NFL Hall of Famer, celebrity pitchman and actor O.J. Simpson, whose 1995 televised court proceedings – coined “the trial of the century” – were watched by 100 million people worldwide.

Simpson was acquitted of their murders 9 months later. In 2016, a new generation learned about the infamous case when the Emmy award-winning TV series The People vs. O.J. Simpson debuted.

As wealthy, high-powered Hollywood publicist Ronnie Chasen, 64, drove through Beverly Hills after a film premiere on Nov. 16, 2010, four bullets were fired through the front passenger window of her Mercedes-Benz. Friends wondered if she’d been targeted.

Authorities later blamed Harold Martin Smith, 43, an impoverished ex-con with a record of robbery in the area who fatally shot himself two weeks later as police approached him. They said he acted alone and murdered Chasen in a robbery gone wrong.

SHARON TATE AND THE MANSON FAMILY

Actress Sharon Tate, 26, was a star on the rise, the pregnant wife of director Roman Polanski, when on the night of Aug. 9, 1969, she was murdered in her Los Angeles home along with four others: Jay Sebring, Abigail Folger, Voytek Frykowski and Steven Parent.

Police traced the killings – and two more the next night, Leno and Rosemary LaBianca – to the followers of Charles Manson, a charismatic cult leader whose whose trial granted him infamy that eclipsed his victims, as recounted in the best-selling book Helter Skelter. Manson and three others were convicted of the Tate-LaBianca murders. He died in prison Nov. 19, 2017.

Up-and-coming actress Rebecca Schaeffer, 21, had already starred in the CBS sitcom My Sister Sam when she was fatally shot by a single bullet to the heart in the doorway of her Los Angeles apartment building on July 18, 1989. Police say she was murdered by an obsessive fan, Robert John Bando, then 19, who’d paid a private investigator to obtain her home address. He was convicted in 1991 and remains jailed in California. The murder galvanized a national movement to enact anti-stalking laws.

Actress and model Lana Clarkson was found shot to death in a Los Angeles mansion belonging to famed record producer Phil Spector. Clarkson, 40, had met Spector earlier that day and accompanied him home. An hour later, Spector’s driver heard a gunshot an saw Spector exiting the house with a firearm. The driver told police that Spector said, “I think I just shot her.” Later, Spector classified Clarkson’s death as an “accidental suicide.”

After a 2007 trial ended in with a hung jury, Spector was tried a second time and convicted of second-degree murder. He was sentenced to 19 years to life in state prison. Now 79, he is in failing health and has been housed at a prison hospital for several years. He is eligible for parole in 2028.

On April 1, 1984, a domestic violence incident between his parents turned fatal for singer, songwriter and record producer Marvin Gaye. While in his Los Angeles home, Gaye intervened in a fight between his parents. The altercation soon turned physical. At 12:38 pm, Marvin Gaye Sr. turned a gun on his son, shooting the Grammy-winner point blank in the heart and the left shoulder. Gaye was pronounced dead on arrival at the California Hospital Medical Center. It was the day before his 45th birthday.

Marvin Gaye Sr. was initially charged with first-degree murder, but the charges were reduced after he was diagnosed with a brain tumor. Gaye was convicted of voluntary manslaughter and sentenced to a suspended six-year sentence. He died in 1998. Gaye was posthumously honored with multiple awards, including an induction into the Rock and Roll Hall of Fame. 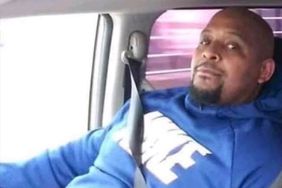 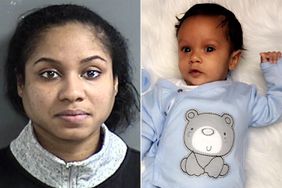 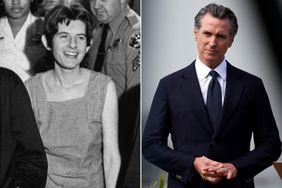 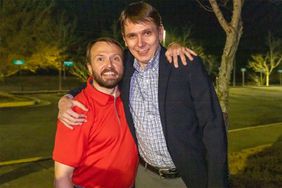 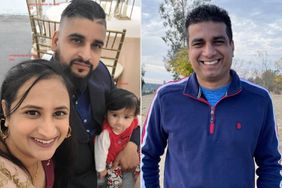