In 1978, Rodney Alcala appeared on The Dating Game -- the popular game show in which three eligible bachelors vied for a date with a bachelorette

In 1978, Rodney Alcala appeared on The Dating Game — the popular game show in which three eligible bachelors vied for a date with a bachelorette.

The show was heavy on innuendo. The host introduced Alcala as a “successful photographer who got his start when his father found him in the darkroom at the age of 13, fully developed.”

Throughout the show, Alcala enthusiastically responded to the bachelorette’s suggestive questions: likening himself to a banana, saying that nighttime is when he “really gets good” and acting out the part of a dirty old man.

He was charming enough that the woman, Cheryl Bradshaw, chose him for a date.

But what Bradshaw — and the viewing audience — didn’t know was that Alcala was a serial killer who was in the midst of a rampage. He had already murdered at least two women in Southern California. Previously, he had served 34 months in prison for the brutal rape and beating of an 8-year-old girl. He had briefly been put on the FBI’s Most Wanted list.

Bradshaw was selected by the show because he was tall, handsome and charming. Producers did not conduct a background check.

By the time of his 1979 arrest, Alcala had killed at least seven women, but authorities believe that the body count could be much higher.

Prosecutors said that Alcala was a cruel killer who toyed with his victims. He would beat or strangle them until they lost consciousness. When they woke up, he would repeat the process before finally killing them.

Somehow, The Dating Game bachelorette Cheryl Bradshaw sensed something was wrong. After the show, she refused to go out with him, saying he was too “creepy.”

Alcala, now 74, sits on death row in California, convicted of seven murders. His legal cases continue as authorities are actively investigating his connection to unsolved murders.

Alcala’s case is examined on Saturday night’s episode of Murder Made Me Famous on the Reelz Channel. The show speaks to several people involved in the case, many of whom rarely give interviews.

Decades after Alcala’s horrific crimes, the victims’ families are still grappling with the pain that he inflicted. Robin Samsoe was just 12 years old when Alcala saw her riding her bike to ballet class in 1979. Her mother, Marianne Connelly, recalls what happened when Robin didn’t return home from ballet class that evening.

“I called the police and said my daughter’s missing,” Connelly tells the show. “They told me they couldn’t take a report for 24 hours. By the next morning, they declared it a kidnapping.”

About 12 days later, her decomposed remains had been found, scavenged by animals.

Connelly recalls what happened when the authorities arrived at her house. “The sergeant says, ‘We found Robin,’ ” she recalls “I grabbed my purse and said ‘OK, let’s go.’ He said, ‘where do you think you’re going?’ I said ‘to go see Robin.’ ”

The sergeant told Connelly that she couldn’t identify the body because it took three days to identify her remains.

“I got so mad,” recalls Connelly. “I said ‘three days? How many little girls with long blonde hair disappear in California?’ And he said, ‘there was no hair.’ ” 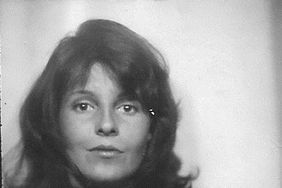 The Eye of a Killer 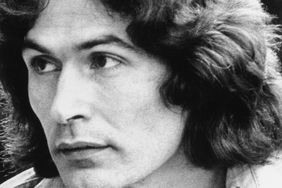 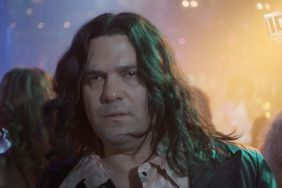