Inside the New Lives of the House of Horrors Children After Years of Abuse: 'It Made Me Strong'

Standing in a Riverside, California, courtroom with a police department Golden Lab named Raider nearby for support, the 30-year-old woman defiantly said, “My parents took my whole life from me, but now I’m taking my life back.”

The eldest of 13 Turpin siblings, who’d been brutally abused by their parents for years, the woman, who did not reveal her actual name, read her statement as her mother and father watched from the defendant’s table.

In February, Louise, 50, and David, 57, pleaded guilty to 14 felony counts — including torture and false imprisonment — for routinely starving, shackling and abusing their 13 children, who at the time of the parents January 2018 arrest ranged in ages from 2 to 29. The couple were arrested after one of the siblings escaped from the family’s stucco house in Riverside County and called 911.

“I believe everything happens for a reason,” Jane Doe No. 4 told a Riverside County Superior Court judge. “Life may have been bad, but it made me strong. I fought to become the person I am.”

• For more on how the Turpin siblings confronted their parents after years of abuse, subscribe now to PEOPLE or pick up this week’s issue, on newsstands Friday.

Her brother Joshua, who identified himself from the podium, spoke next. Although he said he loves his parents and has forgiven them, he still has “nightmares of things that had happened — such as my siblings being chained up or getting beaten — but that is the past, and this is now,” he said.

One Year After Being Rescued From California House of Horrors, Siblings ‘Take Every Day as a Gift’

Jack Osborn, the attorney for the seven adult Turpin siblings, says in this week’s issue of PEOPLE that the Turpin’s children had not seen or spoke to their parents, who were sentenced to 25 years to life, since their arrest last year.

Osborn says the Turpin children just want to move on with their lives.

That new life includes entertainment events — they went to see Handel’s Messiah at Walt Disney Concert Hall in December — and normal everyday things like grocery shopping, hiking and going to the movies.

Some of the siblings, Osborn says, are taking ballet and theater classes. Another sibling has developed “really great Scrabble skills and will take anybody on and can beat anybody,” he says.

‘I Still Have Nightmares’: House of Horrors Siblings Confront Abusive Parents at Sentencing

Osborn credits the siblings for being “amazingly resilient, amazingly bright.”

“If you ask them now,” he says, “they would tell you they’re living normal lives now.”

5 House of Horrors Siblings Are in College: 'I Am Shooting Through Life Like a Rocket'

'I Still Have Nightmares': House of Horrors Siblings Confront Abusive Parents at Sentencing 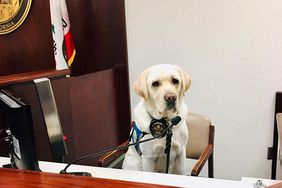