California prosecutors are seeking to bar a mother and father from contacting the 13 children they are accused of abusing and, in some cases, imprisoning and torturing, PEOPLE confirms.

The Riverside County district attorney is requesting a no-contact criminal protective order that would forbid both direct and indirect contact between David and Louise Turpin and their children, who range in age from 2 to 29.

A hearing is scheduled for Wednesday afternoon on this request, a prosecutor’s spokesman tells PEOPLE.

If granted, the order would block any communication betweens parents and children, such as “written or electronic contact, either directly or through a third party,” says John Hall with the Riverside D.A.

Authorities said the Turpin parents were arrested early last week in Perris, California, after one of their children, a 17-year-old girl, escaped their home and called 911.

Responding officers found a squalid scene at the family’s residence, with the children all malnourished and some of them in chains.

According to Riverside District Attorney Michael Hestrin, authorities would learn that the 13 kids allegedly suffered from an intensifying cycle of abuse dating back to 2010 (though it appears the youngest kid was somewhat spared).

The violence allegedly inflicted included beatings, starvation and strangulation, and the kids were allowed to shower only once a year, Hestrin said.

David and Louise, 56 and 49, respectively, were taken into custody not long after their daughter’s 911 call. They face 12 charges each of torture and false imprisonment as well as seven counts of abuse of a dependent adult and six counts of child abuse. David is additionally charged with one count of a lewd act against a child.

Both parents have pleaded not guilty to their charges and remain in custody. Their attorneys declined to comment on the case beyond broad reactions to the serious nature of the allegations.

As the case moves forward, the victims face a long road of recovery and rehabilitation. Although none of their injuries are life-threatening, the siblings are being treated at local hospitals where they watch videos together while receiving care from doctors, dietitians and counselors.

Authorities says it’s too soon to say what will happen to them when they are released from the hospital, but the hope is that they can stay together.

“They have undergone a horrible period in their life,” said Mark Uffer, chief executive officer of Corona Regional Medical Center, where the seven adult Turpin children are now being treated.

The six minors taken from the home are being treated at a separate facility, Uffer told PEOPLE last week.

“As I have talked to the nurses — some are the same ages as some of these people — I think every one of us has a sense of how fortunate we are in our lives that we never have had to endure what they have had to endure,” Uffer said. “It is a very sobering experience to see.”

• With CHRIS HARRIS and STEVE HELLING

Former Neighbor of Calif. House of Horrors Couple Says One Sibling Tried to Escape Years Ago

Sister of Calif. House of Horrors Mom Alleges They Were Sexually Abused as Girls 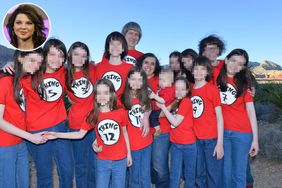