Gargiulo, 43, didn’t show emotion and stared straight ahead when the jury recommended death for the killing of 22-year-old Ashley Ellerin in 2001 and Maria Bruno, 32, in 2005.

The jury delivered the verdict at 1:30 p.m. after deliberating for just over a day.

“In California the death penalty is dead,” Rubin tells PEOPLE. “This was a waste of taxpayer’s money.”

Prosecutors described the former air conditioning repairman and father of two who was found guilty in August of the attacks as a “serial, psychosexual, thrill killer” who stalked and then viciously stabbed his unsuspecting victims — all young women who lived near him. He was also found guilty of the 2008 attempted murder of Michelle Murphy.

Gargiulo began his spree in 1993 when he killed 18-year-old Tricia Pacaccio, who was found dead outside her Glenview, Illinois, home in 1993. Gargiulo, who was 17 at the time of Pacaccio’s murder, was a friend of her brother’s and lived around the corner from the Pacaccios.

After Gargiulo killed Pacaccio, he moved to Los Angeles where he first met Ellerin outside her home, asking her if she needed help fixing a flat tire.

Ellerin’s friends later told police that Gargiulo, who lived less than a block away from her, would show up to her house uninvited. Another friend said he saw Gargiulo parked outside her bungalow at odd hours, surveilling her home.

Ellerin was stabbed 47 times in her Hollywood bungalow in Feb. of 2001, just hours before she had plans to go on a date with Ashton Kutcher. Kutcher testified at Gargiulo’s trial that he showed up to Ellerin’s house that night but she didn’t answer the door, and that Kutcher, not knowing she’d been killed, assumed she had stood him up.

Ellerin’s mother, Cynthia Ellerin, remembered the fateful night her husband Mike sat her down and told her that he was about to tell her the “worst thing” she would ever hear in her life.

“I fell to my knees on the floor and started crawling around the bedroom on my hands and knees like an animal, screaming,” she testified during the penalty phase of the trial.

Mike Ellerin also testified that a police officer came to their home just after 11 p.m. to tell them the news, but waited until his wife had to wake up around 3 a.m. for work before he told her.

“The primal scream — I will never stop hearing that,” he said, noting that the loss has also been devastating for his son.

“The siblings are often forgotten,” he said. “Be kind and be aware of what the sibling is going through. They won’t likely get the attention the parents will get.”

On the night she was killed, Ellerin was scheduled to have a date with Ashton Kutcher. Kutcher testified at Gargiulo’s trial that when Ellerin didn’t answer her door, he thought she had stood him up.

After Ellerin’s death, Gargiulo moved to a gated apartment complex in El Monte where he fatally stabbed his neighbor Maria Bruno, a mother of three, on Dec. 1, 2005.

At first, she said she thought she was dreaming, but Murphy quickly realized it was “real life,” she told a jury during the death penalty phase portion of the trial.

Murphy was able to kick off her attacker, who cut himself during the confrontation and fled.

“I was fighting with everything I had,” she said.

After the attack, Murphy said she never returned to her apartment, though she eventually drove by.

“We would avoid that section of town for a long time,” she said.

“Initially in the days, weeks and months after it happened I barely even slept,” she said. “I feared the nighttime and going to bed…I still slept with the lights on for a long time.”

He is scheduled to be sentenced Feb 28.

Gargiulo also faces a murder charge in Illinois in the death of Pacaccio. 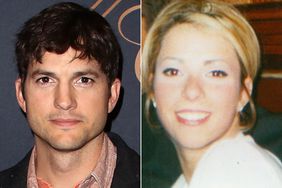 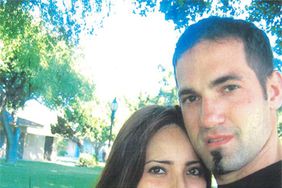