The holiday season is usually a time of celebration and cheer — but for some, it has been marked by violence and horror

Laci Peterson, 27, was reported missing on December 24, 2002. The married, seven-months-pregnant woman was last seen by her sister the morning before and spoke to her mother, Sharon Rocha, later that evening. But when a neighbor found her dog running loose in the neighborhood and went to the Petersons’ Modesto, California, home, Laci was nowhere to be found.

Her husband Scott told police he went fishing in San Francisco Bay that morning, but police were suspicious of his story and his behavior. Four months later, the bodies of Laci and her unborn son, Conner, were found in the bay. Days later, Scott was arrested and charged with their murders. Prosecutors believe Scott was having an affair and was motivated by a $250,000 insurance policy he took out on his wife. Scott denied the allegations but was convicted for the murders and sentenced to death. He is currently on death row appealing his conviction.

On Dec. 6, 1959, Los Angeles cardiologist Dr. Harold N. Perelson, 50, bludgeoned his wife, Lillian, 42, to death with a hammer while she slept. Perelson then began to attack his 18-year-old teenage daughter. When his 11-year-old daughter and her 13-year-old brother awoke to the screams, Pereleson told them they were having a bad dream and to go back to sleep. The children survived the attack but Perelson later killed himself by overdosing on barbiturates, the Los Angeles Times reports.

The 5,050-square-foot mansion became known as the “Los Feliz Murder House” and remained empty for decades thereafter, until a couple purchased it in 2016 for $2.3 million.

On Christmas Eve, 2008, what started as a joyous occasion ended in horror when a disgruntled man showed up at his former in-laws’ Christmas party dressed as Santa Claus and opened fire.

He fatally shot his ex-wife, Sylvia Pardo, 43, her parents, two brothers, their wives, and her sister. He then started a fire using a homemade flamethrower, which engulfed the house and killed Sylvia's 17-year-old nephew, before he fled the scene and killed himself.

Early in the morning on Dec. 26, 1996, the family of JonBenét Ramsey called police, saying they awoke to find their 6-year-old daughter missing from their Boulder, Colorado, home.

“We have a kidnapping. Hurry, please. There’s a note left and our daughter’s gone. She’s 6 years old. She’s blonde. She’s 6 years old,” Patsy Ramsey frantically said in a 911 call that launched one of the nation’s most bizarre infamous murder mysteries. The following day, JonBenét’s body was found in her family’s basement — she had been badly beaten and strangled, her mouth duct-taped closed.

The case remains unsolved. In 2008, advances in DNA testing led then-Boulder District Attorney Mary Lacy to state that based upon a review of very specific material collected from JonBenét’s body and the scene, nothing linked the parents to the crime. But in 2015, former Boulder Police Chief Mark Beckner said, "Exonerating anyone … is absurd."

On the day before Christmas 2017, Lori Lynn Upthegrove’s husband of nearly a year, Timothy, led investigators to her body hidden in a patch of tall grass in the woods. She had been missing for five days and appeared to have been stabbed multiple times, police said. Following an alleged confession, Timothy was charged with her murder. The 53-year-old allegedly told police that “Lori was in heaven” after an argument between the couple turned violent, Florida Today reports. One year later, Upthegrove remains bars without bond on a first-degree murder charge, according to the Brevard County Sheriff’s Office. No trial date has been set, a Florida State Attorney’s Office spokesperson tells PEOPLE.

On Dec. 11, 2008, six months after she disappeared, 2-year-old Caylee Anthony’s skeletal remains were found less than a half-mile from her family’s home in Orlando, Florida. Subsequent to the discovery, her mother, Casey Anthony, was charged with murdering her — and her prosecution and murder trial sparked a media circus, culminating with an internationally televised six-week trial in 2011.

She was controversially acquitted, but it didn’t help the public perception of her: A Florida Department of Corrections spokeswoman described her as “one of the most hated women in America” — a moniker that stuck. Today, Anthony keeps a low-profile and her family is fractured: Casey no longer speaks to her father.

On Christmas Day, 2016, 75-year-old Howard Poche was reported missing by members of his church congregation after he failed to show up for an 8 a.m. mass. Poche was a well-known member of the community and a volunteer usher at his church.

Two days later, his body was discovered in a trash bin on the back porch of his Jeanerette, Louisiana, home. Jeffery Lee Marks, 23, was taken into custody in connection with the killing and is currently awaiting trial, an Iberia Parish County Clerk official tells PEOPLE. Police do not believe Marks knew Poche but say he had a connection with Poche’s housekeeper, the Acadiana Advocate reports.

On Nov. 28, 2016, four days after Thanksgiving, Dawnn Ward, 40, and her 14-year-old daughter Taylor Carroll were reported missing after Taylor failed to show up to cheerleading practice. Two days later, their bodies were found dumped in a well, stabbed to death, authorities in Martin County, North Carolina, said.

Ward’s estranged husband, Jeffrey Todd Ward, was arrested and charged with their murders. This September, Jeffrey Ward pleaded guilty to the murders and was sentenced to two consecutive life sentences without possibility of parole, local station WITN reports. 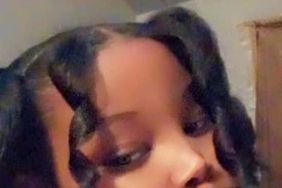 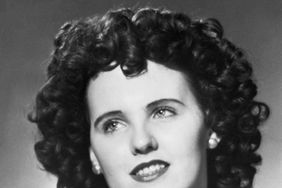