Did a Twin Murder Her Sister in Hawaii? Inside Their Volatile and 'Extremely Close' Relationship

An SUV carrying identical twin sisters careens off a cliff in Hawaii, falling about 200 feet. One of the twins dies, but the other survives with only minor injuries. Both women could have easily been killed as the car slammed against the massive boulders that line the shore, but this fact does little to dissuade investigators, who believe strongly the crash was intentional.

This fall, 38-year-old Alexandria Duval is scheduled to stand trial on murder charges in the death of her twin, Anastasia. Authorities allege the fatal plunge was the tragic culmination of years of failed businesses, deep debt, and moves for the sisters, who first made a name for themselves as yoga instructors in Florida only to change their names while living in Utah.

According to those familiar with the Duvals, the twins were extremely close. But the tight bond formed in the womb could not withstand a swelling sense of resentment that fragmented their lifelong relationship.

Alexandria Duval’s lawyer, Birney Bervar, tells PEOPLE the crash was a tragic accident that has left his client heartbroken.

• For more on the Alexandria Duval case, subscribe to PEOPLE or pick up this week’s issue, on newsstands Friday.

Keith Weiss, a Florida chef who says he dated Anastasia for more than six months, tells PEOPLE he used to socialize with the sisters long before 2014, when they changed their legal names from Alison and Ann Dadow to Alexandria and Anastasia Duval.

Weiss says he witnessed explosive fights between the sisters, which would erupt without warning and often in public spaces.

“I once got a call from Ann [Anastasia] saying, ‘Get over here now … I’m going to kill her,'” Weiss recalls. “She actually started hitting Alison [Alexandria] with the phone. I heard it … thump, thump, thump. They were both screaming at each other.

“I get to their apartment and there’s broken glass everywhere from wine bottles and shattered glasses. There was blood everywhere, and the bedroom door was falling off its hinges,” Weiss continues. “Both of them were sitting on the couch when I walked in, and they were like, ‘Hey … how are you doing?’ Alison had a bruise on her face. I asked them if they were okay, and they were like, ‘We’re good, we’re fine. We’re just watching a movie.’ Meanwhile, all around them, it’s total destruction. They seemed to not know they wanted to kill each other just minutes earlier.”

• For more on the Alexandria Duval case, subscribe to PEOPLE or pick up this week’s issue, on newsstands Friday.

On at least two occasions, the twins began fighting inside Weiss’ car, once when Anastasia was driving, he says. Both of those scuffles were “very intense” and nearly resulted in crashes.

“The first time, Ann was driving, and they just started fighting,” Weiss explains. “She let go of the wheel and they were going back and forth with each other, oblivious to the obvious danger and the other cars around us. She almost lost control of the car.”

Weiss says he split from Anastasia shortly after the second incident: “We were driving home and they wanted me to stop so they could get some wine,” he recounts. “But I didn’t want to stop, and Ann, she started kicking my hands … kicking them off of the steering wheel. Alison was kicking the windows and they were screaming, ‘I want you to stop!’ I told them, ‘You’re going to end up killing us.’ They didn’t care.”

Weiss says Alexandria would tag along on most of his dates with Anastatia. “It almost seemed like Alison was jealous of Ann, who always got the guy,” Weiss explains. “Alison was just a bystander, basically. Alison was always the one who was tagging along.”

Kimberly Keiser Henry, who attended high school with the cheerleader twins, says they “were inseparable” and had “an amazing bond.” But she acknowledges the sisters made terrible decisions, even as teenagers.

“They were sweet, sweet girls that just unfortunately made poor choices and I think the stress of that had gotten to them,” says Henry, who says she does not believe the crash was intentionally caused.

She adds, “I don’t know how she’s going to even continue or function without her sister. They had that type of bond.” 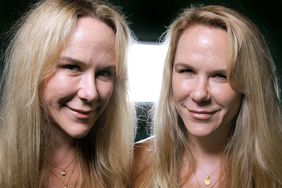 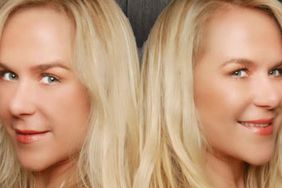