Harvey Weinstein accuser Miriam “Mimi” Haleyi took the stand at his trial Monday and shared graphic descriptions of an alleged attack by the disgraced movie mogul who is on trial in Manhattan for sexual assault.

According to Variety, The Hollywood Reporter and the Associated Press, Haleyi, who worked as a production assistant on the Weinstein-produced TV show Project Runway, sobbed in recounting an incident that she says occurred in 2006 at Weinstein’s New York City apartment.

“I rejected him but he insisted,” she said. “Every time I tried to get off the bed he would push me back and hold me down. He pushed me down, he held me down by my arms. At that point I started realizing what was actually happening.”

“He forced himself on me orally. I was on my period. I had a tampon on in there. I was mortified. I was just crying, ‘No!’ I kept trying to tell him, ‘No, don’t go there.’ … I was in such shock that I just checked out.”

Haleyi, 42, is the second of two alleged victims to testify in the trial, following actress Annabella Sciorra.

Weinstein, 67, has pleaded not guilty to the charges, and says the alleged encounters with the two women were consensual.

Annabella Sciorra Testifies that Harvey Weinstein Raped Her: ‘It Was So Disgusting’

Haleyi said she first met Weinstein in 2004 at a party in London, then encountered him again in 2006 at the Cannes Film Festival, where she asked about securing a job on one of his former production company’s New York-based projects. His alleged request that she give him a massage left her feeling “extremely humiliated,” and though she rebuffed his request, she said she continued to seek his professional help as she landed the job in Manhattan.

The two had several later interactions that put Haleyi on edge, and she portrayed Weinstein’s overtures — including that she invite him into her Soho apartment, or join him on a trip to Paris — as “very, very persistent,” according to her testimony.

“I said, ‘You know you have a terrible reputation with women.’ It was a half joke, I was still trying to be friendly, and he got offended by that and he stepped back,” she said.

But on July 10, 2006, Weinstein asked her to meet him at his apartment. As both sat on a couch, Haleyi said, he lunged to kiss her.

“I got up from the sofa and I said, ‘Oh no,'” she testified. “I kind of rejected him and pushed him away and he just came back and kept kissing me and fondling me. I got up and tried to walk away from him but he pulled me towards him. He was kind of walking toward me and I was walking backwards trying to get away. … I was backed into a bedroom that was on the corner of that open space area, through the door. I walked backwards because he was pushing me with his body until I got to the bed and I fell backwards onto the bed and I tried to get up and he pushed me down.”

“Every time I tried to get up, he would push me back down,” she said. “I was trying to get away until I figured it was pointless.”

After the alleged assault, “I thought about my options, but I decided that going to the police was not an option for me,” she said. “Obviously Mr. Weinstein has a lot more power and resources and connections. I didn’t think I would really stand a chance.”

Haleyi alleged he assaulted her again about two weeks later, on July 26, 2006, in a Tribeca hotel room, pulling her hands behind her and forcing her onto a bed to have sex against her will.

“He said things like, something like, ‘You’re a whore’ and a ‘bitch’ but I think in a way that he thought that would somehow turn me on,” she testified. “I was laying there emotionless saying, ‘I’m not a bitch, I’m not a whore.’ I felt numb. I felt like an idiot.”

“The first incident was deeply embarrassing, but I didn’t blame myself,” she testified. “The second time, I hadn’t struggled enough.”

“Honestly, I didn’t know how to deal with it,” she said in response to a question by assistant district attorney Meghan Hast, “so I just put it in a box and carried on as usual.”

She continued to meet and exchange emails with Weinstein about work opportunities. “I was willing to have a regular, professional connection with him,” Hayleyi said.

Defense attorney Damon Cheronis picked up on Haleyi’s positive-sounding emails, citing a 2008 email she sent to Weinstein and signed “Lots of love, Miriam.” And when Haleyi saw Weinstein at the 2008 Cannes festival, “you didn’t walk away from him in the other direction, did you?” Cheronis said.

Prosecutor Meghan Hast asked Haleyi if she had any sexual or romantic interest in Weinstein. “Not at all, no,” she replied.

Haleyi went public with her allegations at an October 2017 news conference with attorney Gloria Allred, but after concluding that it could affect online searches about her, she changed her last name to Haley, she testified.

The trial is continuing. 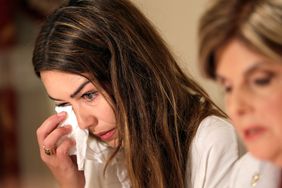 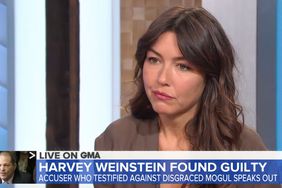 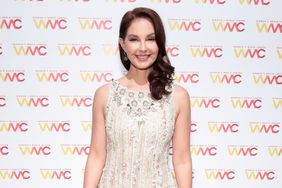 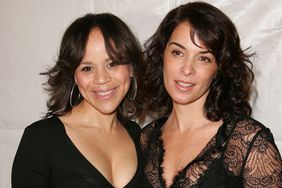 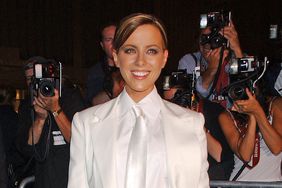 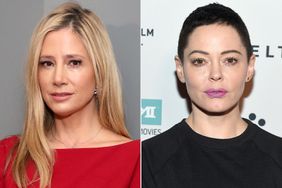 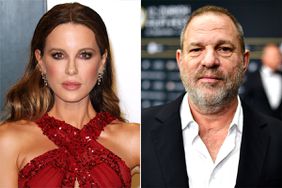 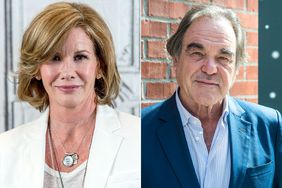 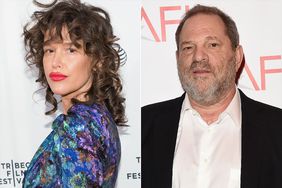 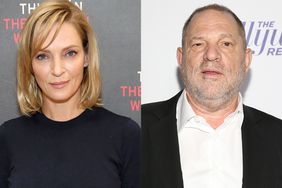