Harold Henthorn, Accused of Killing Wife, Had Map Marked with Spot Where She Fell, Authorities Say

An “X” on a map of a steep trail in Rocky Mountain National Park, highlighted with a pink marker, notes where Toni Henthorn, 50, fell 140 feet to her death in September of 2012.

Her husband, Harold Henthorn, 58, who was indicted Nov. 5, 2014, on first degree murder charges in her death, put that fateful “X” on the map, later found in his Jeep, according to documents released this week and obtained by PEOPLE.

When a National Park agent asked Henthorn about the map, “Henthorn appeared at a loss for words and told him it was his map but it was not from the September 29, 2012 trip,” states one of the 21 search warrants obtained.

“Henthorn could not explain why there was an X on the map near the site of the fall.”

According to documents, Henthorn later told an agent the map might have been one he made for his nephew, Daniel Jarvis. Jarvis, 30, the son of a friend of Henthorn’s who lived with the family for several months, told PEOPLE Henthorn first approached him about the map at Toni’s funeral.

“It rubbed me the wrong way,” says Jarvis, who remembers Henthorn rushing up to tell him federal agents had the map he supposedly drew just for Jarvis. “He said, ‘I meant to give it to you and I forgot.’ ”

Jarvis, who had driven through Rocky Mountain National Park a couple of weeks prior, says it was the first time he had ever heard about the map.

“I think he was trying to prime me,” says Jarvis, knowing he, too, would be interviewed by federal agents.

• Henthorn told a friend that he had taken six different hikes in the area about two weeks prior, “trying to find the hike to take Toni on their wedding anniversary.”

• Henthorn told agents it took him about 45 minutes to hike to the bottom of the cliff where he found Toni unconscious and said he “had to drag her body from a rocky location to a flatter area. Henthorn told him as he dragged her, her head and shoulders bounced on the rock.” An agent who did the same hike said it took him about 10 minutes.

• In May 2011, Toni was taken to the hospital in Grand County after being struck by a 20 foot 2×4 beam that allegedly “fell off the deck about 12 feet, striking her in the shoulder blades.” Toni later told her mother if she hadn’t been bending over at the time, she would have been killed.

• Had Toni’s death been ruled an accident, Henthorn could have received at least $1.5 million in life insurance, and would have managed a trust for another $3 million.

Henthorn is now being investigated in the death of his first wife, Sandra “Lynn” Henthorn, who was crushed under their Jeep in May of 1995, after she allegedly went for a lug nut and the jack slipped.

Henthorn, who pleaded not guilty to the murder charges against him in Toni’s death, was denied bond. His trial is expected to begin in May of next year in a Denver federal court. If convicted, he could get life in prison without parole and a fine of $250,000. 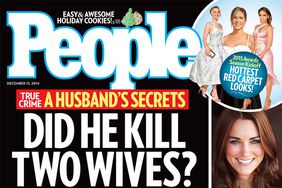 Mystery in Colorado: Did This Man Kill 2 Wives? 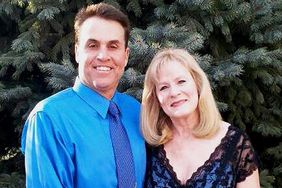