People Magazine Investigates explores the international intrigue surrounding the 1996 slaying of Dr. Haing Ngor, a Cambodian genocide survivor who became an actor in the United States

Heartfelt tributes poured in from all over the globe when Oscar-winning The Killing Fields actor Haing Ngor was fatally shot outside his Los Angeles apartment in 1996.

Ngor’s niece, Sophia Ngor Demetri, who escaped the Cambodian genocide with him in 1979, surviving on rats and termites as they crawled across the border to Vietnam to the safety of a Red Cross refugee camp, lost the only family she had left.

Ngor’s life — and suspicious killing — are examined in the next episode of People Magazine Investigates, airing at 10 p.m. on Monday on Investigation Discovery. An exclusive clip is above.

Ngor had lived through the horrors inflicted by the barbaric Khmer Rouge army, which swept through Cambodia from 1975 to 1979 at the direction of the country’s ruthless dictator, Pol Pot.

Wanting to create a master race, in 1975, the Communist leader and the Khmer Rouge began killing up to 2 million innocent people in their deadly “Year Zero” campaign to create a socially engineered, classless, agrarian society.

Anyone who was educated, spoke another language, lived in the city or worked for the Cambodian government was considered expendable.

Those who weren’t immediately executed, like Ngor, a physician who pretended to be a taxi driver, were sent to detention camps where they died from being starved, worked to death and tortured.

Ngor’s beloved wife died in his arms at the concentration camp where they were imprisoned; there was nothing he could do to save her.

When Ngor and his niece got to the U.S., fate stepped in when he surreptitiously landed a role in the 1984 movie, The Killing Fields, inspired by New York Times’ correspondent Sydney Schanberg’s Pulitzer Prize-winning New York Times Magazine article, “The Life and Death of Dith Pran: The Story of Cambodia.”

In the film, Ngor played Pran, the intrepid journalist, translator, and guide who risked his life to help Schanberg while he covered the Khmer Rouge’s reign of terror in Cambodia.

In 1985, when Ngor won an Academy Award for Best Supporting Actor for his portrayal of Pran, he went on to use his fame not for his own gain, but to tell the world about the continuing human rights violations in Cambodia.

“The Killing Fields is just the tip of the iceberg,” he said at the time.

But in 1996, Ngor was gunned down in a Los Angeles alley outside his apartment.

The incident initially seemed like a random robbery. But the gunman or gunmen left behind Ngor’s Mercedes, as well as $2,900 of cash in his jacket and $800 in his pants pocket.

Many, including his niece, wondered if the shooting was ordered by associates of the Khmer Rouge, who didn’t like the spotlight Ngor was continuing to shine on the regime’s atrocities.

“I was scared for him because he spoke freely about Cambodia,” Ngor Demetri says in the People Magazine Investigates episode.

“It wasn’t safe but he didn’t care,” she says. “He just wanted to help the people in his country. But the Khmer Rouge was still around so I’m always worried about him.”

Was Slaying of Oscar-Winning 'The Killing Fields' Actor a Random Act or a Political Revenge Hit?

Cambodian Doctor Haing Ngor Turns Actor in the Killing Fields, and Relives His Grisly Past 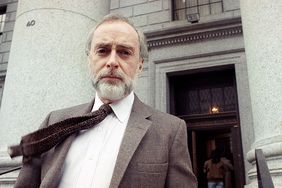 Sydney Schanberg, Pulitzer Prize-Winning Journalist Who Inspired 'The Killing Fields' , Has Died at 82

When Newsman Sydney Schanberg Was Expelled from Cambodia, His Best Friend Was Left Behind in the Killing Fields

Escape from the Inferno 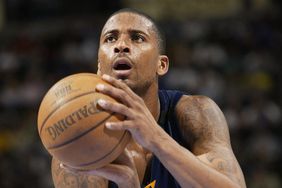 Inside the Mysterious Slaying of NBA Star Lorenzen Wright: 'He Was a Bright Light'