Law enforcement hasn't found any evidence of the clowns, they tell PEOPLE

Several residents in a Greenville, South Carolina, apartment complex believe that a group of clowns has appeared mysteriously in the woods nearby, authorities say – though law enforcement isn’t so sure.

In the past two weeks, sheriff’s deputies received reports from Fleetwood Manor Apartments residents claiming clowns with white-painted faces were acting strangely in the area – at least once attempting to lure kids into the woods with money, PEOPLE confirms.

“There has been a couple of people that have seen them,” Master Deputy Drew Pinciaro of the Greenville County Sheriff’s Office tells PEOPLE. “Mainly it has been children who have reported they have seen these clowns in the woods. Every time we have gone out there we have not seen any clowns.”

The purported sightings have since sparked intense social media speculation. Fleetwood Manor Apartments itself commented on the matter, issuing a letter to residents, according to WYFF.

“At no time should a child be alone at night, or walking in the roads or wooded areas at night,” the letter read, according to the station.

The complex asked that if residents see anything suspicious, they call police.

Pinciaro says the department first heard about the clown sightings on Aug. 20, when an anonymous caller called in to report a “suspicious character, dressed in circus clown attire and white face paint, enticing kids to follow him into the woods.”

Later that evening, another anonymous caller reported gunshots being fired near the apartment complex, Pinciaro says.

“There were allegations that they had seen these clowns with guns, but our investigators responded and didn’t find any shell casings or anything like that,” Pinciaro says. “At this point we have not found any information or evidence to corroborate anything. I am not saying it is not true, but we haven’t found any evidence yet.”

According to a Greenville County Sheriff’s Office incident report obtained by PEOPLE, a deputy followed up the next day, on Aug. 21. He went to the apartment complex and spoke to a woman who claimed her son had seen clowns in the woods, whispering and making noises, and when she went over to check, she saw several clowns flashing green laser lights in the woods before they ran off.

Later that evening, the woman told the deputy the next day, her eldest son had heard chains and banging on the front door of their apartment, according to the report.

One resident told WYFF her son had also seen the clowns.

“At first, I thought he was telling a fib and I said, ‘Go in the house and we’ll talk about this again,’ because I didn’t want it all over the place,” Donna Arnold said. “And then the next day, there was like 30 kids that came up to me and said, ‘Ms. Donna, Ms. Donna, there’s clowns in the woods.’ My child was with me, so I knew they had to see something.

“There was more than one kid that seen them, so I feel confident that he was telling the truth.”

Another resident told the deputy during his follow-up visit that she’d been walking home to her apartment hours before, at 2:30 a.m., and saw a “large-figured clown with a blinking nose, standing under a post light near the garbage dumpster area,” according to the incident report.

“She stated the suspect waved at her and she waved back while she made her way to her residence safely,” according to the report. “The suspect did not approach her or harm her.”

According to the report, several children also told the deputy that clowns had approached them behind one of the apartment buildings and tried to lure them into the woods “by displaying large amounts of money.”

Pinciaro says that the clown sightings have stopped, but the case is still under investigation.

“They will continue to try and look into it and either confirm or deny these allegations,” he tells PEOPLE.

He adds, “It is definitely not something you hear every day for sure.” 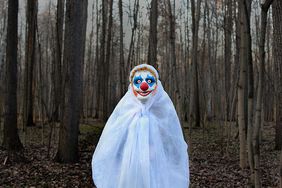 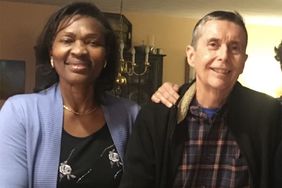 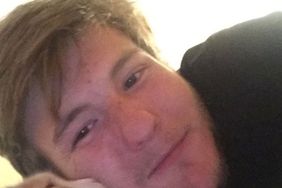 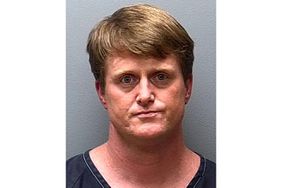