On Monday, a Los Angeles jury decided that "Grim Sleeper" serial killer Lonnie Franklin Jr. should be put to death on all counts for the murders of 10 women during a 23-year killing spree.

Last month, jurors found Franklin guilty of the first-degree murders of Debra Jackson, Henrietta Wright, Mary Lowe, Bernita Sparks, Barbara Ware, Lachrica Jefferson, Monique Alexander, Princess Berthomieux, Valerie McCorvey and Janecia Peters. He was also found guilty of the attempted murder of Enietra Washington, who testified Franklin shot her, sexually assaulted her, and took a Polaroid picture of her before pushing her out of his car 27 years ago.

“It is wonderful it is all over,” Diana Ware, Barbara’s stepmother told PEOPLE after the jury handed down the death sentence. “I’m glad he will never get out.”

“Her soul can rest,” Mary Alexander, the mother of Monique, told PEOPLE on Monday. “My baby can rest. When I go to her gravestone on her birthday on June 12 I will tell her. I am so happy.”

Donnell Alexander, Monique’s brother, added, “This is a new beginning. It is finally finished. I’m kind of numb. It hasn’t registered yet. We are free at last. I take my hat off to the jurors they had the guts to do what should have been done for years.”

As the verdict was read, Franklin, who is considered to be one of California’s most prolific serial killers, stared straight ahead and showed no emotion. Behind him in the audience, several victim’s family members smiled while others brushed away tears.

Franklin’s victims were all young, vulnerable black women who lived in South Los Angeles and struggled with drug addiction. Their naked or partially clothed bodies were dumped in filthy neighborhood alleyways, left to rot under garbage and debris. They were shot at close range with a .25-caliber pistol, or strangled, or both.

Prosecutor Beth Silverman told PEOPLE after the death verdict: “I’m exhausted but elated that this whole chapter has finally come to an end for these families who have been waiting for decades. The jury felt he deserved the ultimate punishment for what he has done.”

Related Video: Get to Know the Grim Sleeper

On Thursday, Silverman asked the jury to show Franklin “the exact same mercy, the exact same compassion, that he showed his victims.”

“Because that’s what he deserves,” she said.

Franklin, Silverman told the jury, was a “remorseless” and “methodical” killer who “embarked on a reign of terror over decades in his own community.”

“He takes joy in inflicting pain,” she said. “If he didn’t he wouldn’t do it over and over again.”

“Think about what it must be like to have been any of the victims,” Silverman implored the jury. “What it is like to die afraid, alone and in pain … Imagine what they endured in the last moments of their life. What they were last thinking about when their life was fading away … The defendant chose to end their life. He acted as their judge, their jury and their executioner.”

During the penalty phase of the trial, prosecutors introduced evidence linking Franklin to four additional murders, including the slaying of Sharon Dismuke, who was found shot to death in the filthy bathroom of an abandoned gas station in 1984. Police found the gun that was used to kill her in Franklin’s home.

Another woman, Ingrid W., testified during the penalty phase that Franklin was one of three U.S. military men who gang-raped her by knifepoint in Germany in April of 1974. Franklin was convicted and sentenced to three years and four months, but served less than a year. He was given a general discharge from the U.S. Army on July 24, 1975.

What did Franklin learn about his attack on Ingrid W., Silverman asked jurors. 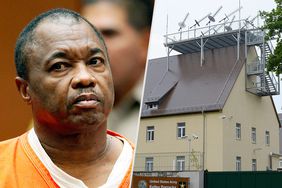 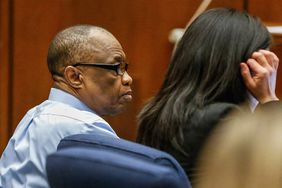 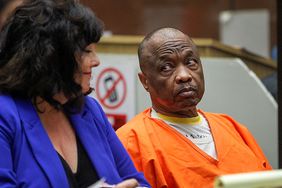 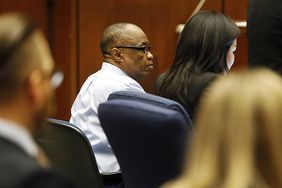 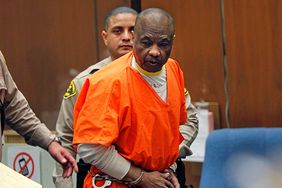