Genetic genealogist CeCe Moore will never forget the moment she figured out who had killed young sweethearts Jay Cook and Tanya Van Cuylenborg in 1987, dumping their battered bodies 75 miles apart in Washington State and then eluding authorities for decades.

In the spring of 2018, the renowned DNA expert used her meticulous sleuthing skills to pinpoint the couple's suspected killer, William Earl Talbott II -- then a 55-year-old Washington state truck driver -- in a mere two hours.

“At that moment, I'm the only person in the world who knows what the suspect did, except him,” Moore tells PEOPLE. “It's a heavy, heavy burden.”

For more on genetic supersleuth CeCe Moore, pick up a copy of this week's issue of PEOPLE, on newsstands Friday.

Starting May 26, Moore, 51, will go in-depth about how she solved that case, and many others, in her new ABC News primetime series, The Genetic Detective.

Airing on Tuesdays from 10 to 11 p.m. ET, the six-episode series follows Moore, head of the Genetic Genealogy Services for Law Enforcement Unit at Parabon NanoLabs in Virginia, as she and her team solve notorious cold cases using a combination of DNA left at crime scenes and Moore's investigative skills, which have made her one of the most sought-after experts in the world.

For Moore, who spent years using genetic genealogy to reunite thousands of people of unknown parentage with their biological relatives, her first criminal case using the techniques she trail-blazed was particularly meaningful to her.

“Tanya was my age,” says Moore. “We graduated from high school at the same time. She was killed and I went on and lived my life. That was pretty compelling and personal to me.”

Besides that, the young couple from British Columbia was murdered in the Seattle area. “My parents are from there," she says. "I still have many relatives up there."

With the heartbreak of the promising young couple’s murders in mind, Moore set to work one quiet Saturday morning to try to bring resolution and justice to their families.

When she finally whittled down the identity of the suspected killer to one name, she felt far from celebrating, like she usually does when she helps reunite families.

“The pieces came together, which is satisfying, but it was such a sobering feeling that this time my work has led to something that's not joyful,” she says.

How Genetic Genealogist CeCe Moore Solved 109 Criminal Cases with DNA: 'It's About Families'

Talbott was arrested on May 17, 2018, after law enforcement confirmed that he had left his DNA at the crime scenes by collecting a used paper coffee cup he threw out of the cab of his truck 9 days earlier.

His 2019 conviction made history as the first ever reached through a jury verdict after a suspect had been identified through genetic genealogy.

Longtime Snohomish County, Washington, Det. Jim Scharf, who reached out to Parabon for help with the Cook and Van Cuylenborg case points out that the moment she identifies a suspect is by far not the end of the case.

“It’s a tip and we have to take that tip and follow up and figure out if it's correct or not,” he says. 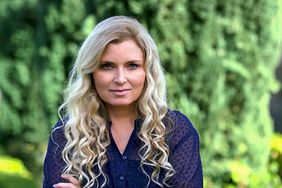 How Genetic Genealogist CeCe Moore Solved 109 Criminal Cases with DNA: 'It's About Families'