The former congresswoman, who was shot in the head, says singing has helped her to regain her speech

Since Gabby Giffords belted out “Maybe” from Broadway’s Annie in a Facebook video that went viral last week, the former congresswoman wants fellow brain-injury patients to know that music has helped her to recover.

The video of Giffords and her former music therapist at Houston’s TIRR Memorial Hermann Rehabilitation and Research Hospital wasn’t her first stroll through the classic show’s song book, however.

Giffords, 44, shares with PEOPLE a childhood photo of her debut as Annie in a Tucson, Arizona, community theater, and writes via email that the video’s aim was to spread hope.

“I shared the video because I wanted other people who have experienced brain injuries or setbacks to know that while your recovery can be difficult and the rehab can be painstaking, you can get better,” Giffords says.

And she’s also proud to share a recent milestone – getting back on her bicycle. In November, she and her husband, former astronaut Mark Kelly, completed an 11-mile ride in the annual El Tour de Tucson.

“I’ve worked really hard to get there,” Giffords says of being able to pedal again. “It’s an exciting step.”

It was four years ago – in January 2011 – that Giffords was shot in the head while meeting with constituents. Critically injured, she had to relearn how to walk and talk – speaking is still difficult.

“Music has always been really important to me,” she says. “While my speech is getting better every day, throughout my recovery, I have been able to sing to some extent.”

Giffords was injured on the left side of her brain – the hemisphere that controls speech. It’s the right side that processes music, she explains.

“Music therapy was so important in the early stages of my recovery because it can help retrain different parts of your brain to form language centers in areas where they weren’t before you were injured,” says Giffords.

Next up: mastering Spanish again. Giffords says she spoke “nearly fluent” Spanish before the shooting.

“For some reason, that has been slower to come back,” she says. “But I’m working hard on it.” 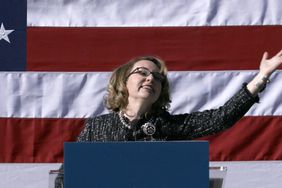 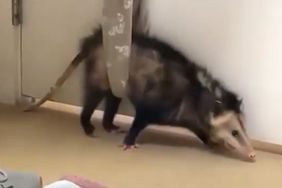 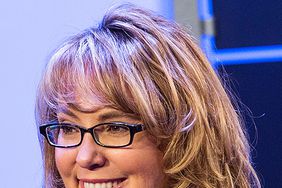 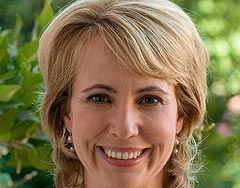 Gabrielle Giffords Is Able to Speak, Asks for Toast 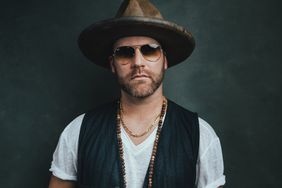 Drake White Reflects on His Recovery from a Brain Hemorrhage: 'I Feel Extremely Lucky to Be Here' 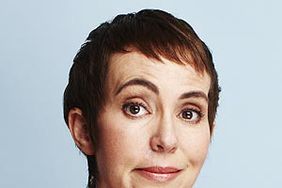 Gabby Giffords Is Stepping Down from Congress 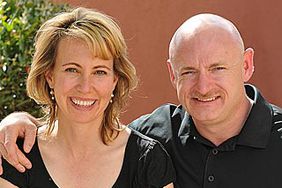