A former nurse accused of sexually assaulting a woman in a long-term vegetative state at an Arizona care facility in 2018 has pled guilty to abusing her.

Nathan Sutherland pled guilty on Thursday to one charge of sexual assault and one charge of vulnerable adult abuse, the Maricopa County Attorney confirms to PEOPLE. He is currently scheduled to be sentenced on Nov. 4.

Sutherland was arrested in January 2019 after a then-29-year-old woman in care at the Hacienda Healthcare facility was discovered giving birth on Dec. 29, 2018.

Sutherland's attorney could not immediately be contacted by PEOPLE Thursday.

The assault on the woman, who could not communicate verbally and had been a resident at the facility since she was a toddler, was uncovered after she went into labor.

Medical records previously obtained by PEOPLE state that the woman "lacks sufficient understanding and mental capacity to make decisions or give consents for her medical, placement or financial estate" and suffers from quadriplegia, recurrent pneumonia and a seizure disorder.

While there were conflicting reports about the woman's state of being, her family said in a statement obtained by PEOPLE in 2019 that she "has significant intellectual disabilities as a result of seizures very early in her childhood."

"She does not speak but has some ability to move her limbs, head and neck. Their daughter responds to sound and is able to make facial gestures," the family's statement said at the time.

Sutherland worked as a licensed practical nurse at Hacienda Healthcare and was responsible for the woman's care at the time of the assault. He voluntarily surrendered his license to the Arizona State Board of Nursing after his arrest.

A DNA sample of his also matched one from the baby. Earlier this year, Sutherland asked a judge to toss the DNA evidence against him, but that was rejected in May.

Doctor Who Cared for Ariz. Woman Who Gave Birth in Vegetative State Suspended

The woman's family later filed a lawsuit against Arizona, calling the state "grossly negligent" in overseeing the practices at Hacienda Healthcare, which is contracted by the state to care for patients paid by Medicaid, according to AZ Central.

The state of Arizona ended up settling for $7.5 million, according to the Associated Press.

Woman in Vegetative State Who Gave Birth in Facility Had Likely Been Pregnant Multiple Times: Docs 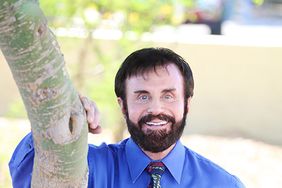 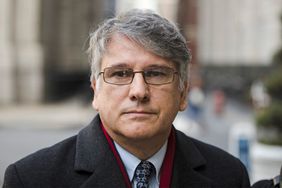