Rashaun Jones, now 35, was arrested this week in connection to the murder of 22-year-old Bryan Pata, who suffered a fatal gunshot wound to the head on Nov. 7, 2006

A former college football player has been charged in the murder of one of his University of Miami teammates, 15 years after the fatal shooting.

Bryan Pata, a 22-year-old defensive lineman for the University of Miami football team at the time, was found with a fatal gunshot wound to the head in the parking lot of a Miami, Florida, apartment complex on Nov. 7, 2006.

On Thursday, his one-time teammate Rashaun Jones, now 35, was charged with first-degree murder in the case, authorities announced. Jones was arrested in Ocala, Florida, and is awaiting transfer to Miami-Dade County.

The arrest comes after ESPN published a thorough investigation into the case back in November 2020, with the outlet noting their reporting "pointed out missteps in the long-stalled police inquiry." The report named Jones as a potential suspect, noting that he'd been suspended from the team at the time after a failed drug test and that Pata had been dating Jones' ex-girlfriend.

"The Pata family has waited a long time to see the individual they had believed involved in Brian's death arrested and charged," State Attorney Katherine Fernandez Rundle said in a press release. "While the time needed to build sufficient evidence to ethically charge in a homicide can sometimes feel endless, families should know that the passion and determination of police and prosecutors to resolve unsolved cases does not diminish."

"The commitment of the Miami-Dade Police Department and of my prosecutors and staff to bring the alleged perpetrators to justice never diminishes," Rundle added.

It was not immediately clear if Jones has an attorney for PEOPLE to reach for comment.

An investigation found that Pata allegedly had ongoing disputes with Jones leading up to the shooting. Authorities said Pata was "much larger physically than Jones and it was learned that allegedly Pata had previously beaten Jones during a physical altercation."

Pata told his brother Edwin two months before his death that Jones had allegedly threatened to shoot him in the head, but no report was made at the time, investigators added.

Authorities claimed that Jones had told police that on the night of the killing he was at his home and never left, but cell phone records obtained by investigators did not corroborate that. An eyewitness in the area of the shooting allegedly identified Jones in a photo lineup too.

Miami-Dade Police Department's Det. Juan Segovia said in a video about Pata: "His whole world revolved around football and his family. It's not like he had a lot of enemies. He wasn't involved in the criminal element. He was a young man who was looking forward to a future in the NFL. That's all he wanted, was play football in the National Football League. He wanted to take care of his family one day." 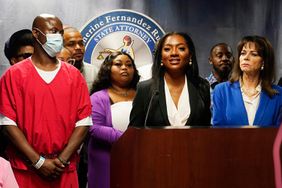 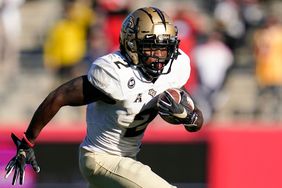