Cameron Herrin was sentenced in April for the 2018 killings of Jessica Reisinger-Raubenolt, 24, and her 20-month-old daughter, Lillia

A 21-year-old street racer sentenced in April to 24 years in prison for the 2018 vehicular homicides of a young mother and her baby girl has become the subject of several social media campaigns, supported by scores of users who insist the Florida man is "too cute" to be behind bars.

After pleading guilty in December, Cameron Herrin was sentenced in April for the killings of Jessica Reisinger-Raubenolt, 24, and her 20-month-old daughter, Lillia.

Herrin, 18 at the time and fresh from his high school graduation, was racing his new Ford Mustang when he slammed into Reisinger-Raubenolt, who was pushing her daughter in a stroller across a Tampa street.

The car was traveling at more than 100 miles per hour at the time of impact.

The mother and daughter were taken to the hospital, where they succumbed to their injuries.

Reisinger-Raubenolt had graduated from Kent State University in 2016 with a degree in nutrition and dietetics. She and her husband, David Raubenolt, married that same year.

"It is critical for you to understand that you've created everlasting pain and depths of sorrow," Raubenolt said, according to WFTS. "This was a crash, not an accident — please be aware of that."

Since the sentencing, social media accounts — primarily on TikTok, Twitter, and Instagram — have been popping up, suggesting the 24-year sentence was too harsh.

The phrase "Justice for Cameron" started gaining traction on Twitter and Facebook, with one user calling Herrin a "poor boy" who did not mean to kill anybody. One user noted Herrin, on the surface, "looks innocent."

Insider found one post that simply read, "OMG his eyess."

Nearly 29,000 have signed a Change.org petition, which calls Herrin's sentence "worse than death."

The Tampa Bay Times reports that by the end of last month, more than 100,000 tweets had been posted about Herrin and his "unfair" sentence. On TikTok, videos about Herrin were viewed 1.7 billion times, and clips using the specific hashtag #justiceforcameron netted over 26 million views.

Herrin's own TikTok account has 2 million followers, despite having zero posts.

The Times further reports that many of the social media accounts online are believed to be bots, designed to latch on to trending topics. Many of these accounts have been removed from Twitter and Facebook. However, the thousands of TikTok accounts calling for a lighter sentence seem to be legitimate, according to the paper.

Cheryl Herrin, the street racer's mother, spoke to the Times, and called the phenomenon "almost like an obsession, an unhealthy obsession."

She told the paper her son's supporters have "stalked" many of her relatives on Facebook, inundating them with messages. Her son's fiancee had her account hacked on the site, she added.

Additionally, several of his supporters landed him in solitary confinement, Herrin claims, after tracking down the phone numbers of prison guards and harassing them at home. 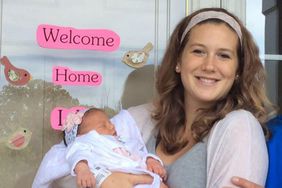