Two K-9 officers, Ax and Endo, are recovering from injuries received while responding to an armed carjacking that ended in a shootout

Two Florida K-9 officers are being praised for their "brave" service after taking bullets that were meant for deputies during a carjacking that ended in a shootout, according to police.

On Friday, at around 11:30 pm., police responded to call from a Lyft driver on reports of a carjacking near Daytona, according to a release from the Volusia Sheriff's Office. The Lyft driver explained to authorities that he had picked up a passenger and drove him to his requested location. However, when the driver arrived to a "remote stretch" of Reed Ellis Road in the Osteen area, the passenger allegedly "held a gun to his head and forced him to get out of his white Kia Sedona minivan before stealing it." The Lyft driver then dialed police for help 15 minutes later.

Police later tracked down the stolen vehicle, but the suspect — a man identified as 21-year-old Shedrick Singleton Jr. — allegedly fled the vehicle, running into a wooded area to hide, according to the press release.

Officials state that after being located by law enforcement overhead and tracked down by Deputy A.J. Davis and K-9 Ax after 2 a.m., Singleton appeared from the bushes and allegedly opened fire, shooting Ax in the face. Singleton then continued into the woods, police claim.

N.H. Father Accused of Putting Infant in Clothes Dryer, Turning It On Before Mom Intervened

After the VSO SWAT team, drone operators, and additional law enforcement arrived at the scene, gunfire was allegedly exchanged between police and Singleton before the suspect was taken down with multiple gunshot wounds, according to the Sheriff's Office. K-9 Endo sustained injuries during the shootout, police said.

"K-9 Endo was shot during the exchange and rushed from the scene for treatment as additional units moved in to treat Singleton's wounds," the release stated.

Singleton — who was transported to Central Florida Regional Hospital with life-threatening injuries — has been arrested and faces charges, including: armed carjacking and use of a deadly weapon against a police K-9.

Speaking on the K-9 deputies' courage, Volusia County Sheriff Mike Chitwood said during a press conference Saturday: "There is no doubt that K-9 Ax and K-9 Endo took bullets that were meant for my deputies, because if the deputies would have gone into the woods, the first person to come into contact with [the suspect], without a doubt, would have been shot."

That afternoon, law enforcement also released body-cam footage from the incident, which included the moment one of the dogs was shot and taken to the animal hospital.

Chitwood stated that Ax and Endo were treated at the Animal Emergency Hospital Volusia and the Veterinary Emergency Center of East Volusia, respectively, where they underwent surgery for their injuries. The Sheriff's Office shared photos updating members of the community on their condition saying, "These guys are right back on their feet," before thanking everyone for the support.

According to police, Endo is a previous recipient of the VSO Medal of Valor and Purple Heart for the K-9's work responding to a domestic violence incident in 2015. Chitwood said during the press briefing that Endo will most likely retire now after his past injuries so that he can "enjoy his life."

The carjacking remains under investigation. An attorney for Singleton was not immediately. 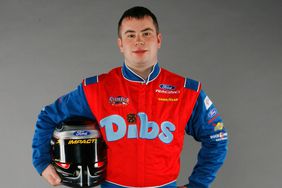 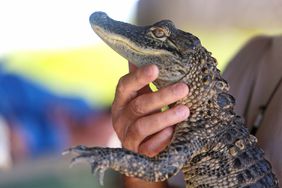