Three Women Who Met Tragedy Had One Thing in Common: a Romantic Connection to the Same Man

It took more than five decades of mounting suspicion until Felix Vail was convicted of murdering his first wife, 22-year-old Mary Horton Vail, in Louisiana in 1962

It took more than five decades of mounting suspicion until Felix Vail was convicted of murdering his first wife, 22-year-old Mary Horton Vail, in 1962.

By the time a Louisiana jury found him guilty in that case, in 2016, Felix had left other missing women behind him: First Sharon Hensley, whom he called his wife, in 1973, and then Annette Craver Vail, whom he wed and who vanished in 1984.

Felix was in his 70s when the jury reached its verdict in Mary Horton’s slaying and Louisiana prosecutors have said they believe he killed all three women, making him at the time the nation’s oldest suspected serial killer.

He had claimed his first wife accidentally fell out of their small boat and into the local Calcasieu River and that he unsuccessfully tried to save her. Her body was found two days later with bruises on her head and neck and a scarf in her mouth.

“This is not a choirboy we’re talking about,” Calcasieu Parish District Attorney John DeRosier told PEOPLE in 2016 of Felix. “I’m convinced that there are other victims somewhere.” (Neither Annette nor Hensley have been found and Felix has not been charged in their cases.)

Felix’s alleged crime streak, possibly stretching across decades, is examined on Monday night’s episode of People Magazine Investigates on Investigation Discovery. An exclusive clip is above.

As DeRosier says in it: “He is a very articulate, very bright guy, but he’s a predator — that’s the kind of guy he is.”

Mary Rose Craver, Annette’s mother, has done everything within her power to dig into Felix’s suspected crimes. Annette went missing vanished in 1984 — not long she, then 17, married the 44-year-old Felix.

Further motivating Craver, who says in the clip that her daughter grew cold under Felix’s sway, was the knowledge that he had also been named as the last person to see Hensley alive back in the ’70s.

“I said, ‘I’m gonna get to the bottom of this,’ ” Craver recalls in the preview. 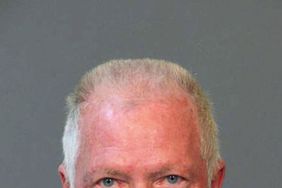 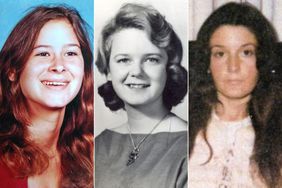