A Fargo, North Dakota, woman was sentenced on Friday to life in prison without the possibility of parole for her part in the grisly death of a pregnant neighbor, who was killed after her baby was removed from her womb, PEOPLE confirms.

At the afternoon hearing for Brooke Crews, prosecutors shed light on the final moments in the life of Savanna LaFontaine-Greywind, a 22-year-old who had dreamed of becoming a registered nurse and who was eight-months pregnant when she was killed in August.

Miraculously, her child survived the attack with minimal physical trauma. The baby is now in the custody of her father, who was LaFontaine-Greywind’s boyfriend.

The details released in court on Friday were the first significant new information in months in a case that has made international headlines.

Prosecutors said at the sentencing that Crews, 38, admitted she cut LaFontaine-Greywind’s infant daughter out of her body in a kind of crude caesarean section, the state’s attorney’s office in Cass County, North Dakota, confirms to PEOPLE. The attack occurred on Aug. 19, not long after Crews lured the younger woman to her third-floor apartment in the building where they both lived, according to prosecutors.

According to fellow prosecutor Leah Jo Viste, Martinez then said in court that Crews told police, “I grabbed either a utility knife or a blade” — and, as LaFontaine-Greywind was drifting in and out of consciousness, Crews removed her child from the womb, prosecutors said.

“I did cut [LaFontaine-Greywind] and then I took her baby out of her,” Martinez said that Crews told police.

Then Martinez quoted Crews as saying that LaFontaine-Greywind “was not dead when I cut the baby out of her.”

Crews also told police that when LaFontaine-Greywind’s body was located, Crews knew she would be found “sliced hip to hip,” Martinez said in court.

Prosecutors did not specify when or where LaFontaine-Greywind died.

His suspicions were confirmed on Friday. “Right now my mind’s kind of paralyzed,” he told reporters after the hearing. “[I] don’t know how to process it honestly. I don’t think I ever will, because they took the love of my life away. She [Crews] stripped my future away from me.”

Crews was found with LaFontaine-Greywind’s daughter in Crews’ apartment on Aug. 24, leading to her arrest, as authorities still searched for the missing woman.

Eight days after vanishing — and three days after Crews and her live-in boyfriend, William Hoehn, were taken into custody — LaFontaine-Greywind’s body was discovered wrapped in plastic and duct tape in the Red River in the Fargo area.

Matheny, 22, had to leave the courtroom when Crews began speaking during Friday’s hearing, a source tells PEOPLE. He attended the sentencing with Haisley Jo.

Dressed in red to honor murdered and missing indigenous women — LaFontaine-Greywind was Native American — her friends and family were also in court.

Before she was sentenced, Crews apologized to LaFontaine-Greywind’s family. “I’m just really, really, really sorry,” she said, according to the Forum of Fargo-Moorhead. “I wish I could take their pain. I wish I hadn’t done this. There is no excuse. There is no rationalization. There is nothing. I know it doesn’t help, but I am sorry.”

Crews’ attorney, Steven Mottinger, declined to comment to PEOPLE, but he had asked for his client to be sentenced to life in prison with the possibility of parole, the Associated Press reports.

“Acceptance of responsibility is important,” Mottinger said. “It has to mean something.”

LaFontaine-Greywind’s mother, Norberta Greywind, also addressed the court, saying their family had to move from Fargo after her daughter’s slaying.

“I miss her laugh. I miss her so much,” she reportedly said. “My heart is literally broken. I find myself looking through pictures and videos. Brooke Crews befriended us. She was monitoring our daily routine. I still have nightmares. I cannot accept that someone had done this to my daughter. For someone to do this to another human is beyond evil.”

“The pain and void my granddaughter will have to carry for the rest of her life breaks my heart,” Greywind said. “Haisley will never feel that love from her mother.”

Crews pleaded guilty on Dec. 11 to three charges: conspiracy to commit kidnapping, conspiracy to commit murder and giving false information to the police. She had not reached a deal with prosecutors but changed her plea, her attorney said at the time, in hopes of getting a more favorable sentence.

Crews’ boyfriend, the 32-year-old Hoehn, was arrested on Aug. 24 on the same charges. He pleaded not guilty and is awaiting a May trial.

On Thursday, the day before Crews was sentenced, Matheny told PEOPLE he was apprehensive about attending the hearing: “I don’t know what I’m going to do or say or feel when I see Brooke in court.” 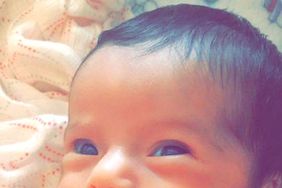