Daniel Harris, 29, was fatally shot by a North Carolina trooper last week during a traffic stop

The family of a deaf man fatally shot by a North Carolina State Highway Patrol trooper says that Daniel Harris was “harmless” and that if authorities had known of his condition he would still be alive.

Harris, 29, was killed after allegedly leading police on a brief chase when they tried to pull him over for speeding at around 6:15 p.m. last Thursday. His family spoke out during a Tuesday appearance on the Today show, and questioned what role their brother’s impairment played in his death.

“If they had known the person was deaf, this wouldn’t have happened,” Harris’ brother Sam, who is also deaf, said of the fatal shooting.

Police said that the trooper tried to pull Harris over as he drove down Interstate 485. He was killed just steps from his front door, Today reports.

“The driver exited his vehicle and an encounter took place between the driver and the trooper causing a show to be fired,” according to a police statement obtained by PEOPLE.

Harris’ sister, Luci Gale, who is also deaf, said she was devastated when she heard the news.

“When I was told, honestly my heart just broke. I was in such shock. Why? Why did this happen?” she told Today. “Why would someone shoot Daniel? He was the sweetest man on earth.”

She added: “It’s just impossible that it could have happened.”

The trooper, Jermaine Saunders, has been placed on administrative leave, as is standard procedure in any trooper involved shooting, police said.

Gale holds that her brother was not armed at the time of the incident.

“He had no weapon. I’ve known him since he was born,” she told Today. “He was a harmless, harmless individual.”

Sam added: “How ironic is that? That he’s never touched [a gun] and he’s killed by one.”

In a statement, the State Bureau of Investigation urged the public to not make any quick judgements, according to Today.

“Let us refrain from making assumptions or drawing conclusions prior to the internal and independent reviews,” it said in a statement. 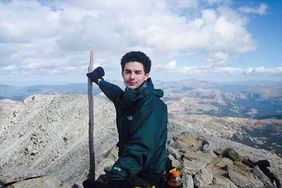 Brother Remembers Deaf Man Fatally Shot by Police in Traffic Stop: 'He Had a Beautiful Smile' 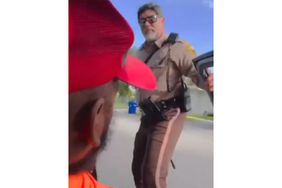 'It Just Eats Me Alive': Brother of 3 La. Siblings Killed in Wrong-Way Crash Speaks Out