The Diocese of Belleville said upon the 2018 arrest of Rev. Gerald R. Hechenberger, formerly a pastor of Holy Childhood Catholic Church in Mascoutah, that it had “no reason to believe” any of its parishioner families were involved. The Holy Childhood of Jesus School released a separate statement saying that all students there “have been and are safe and protected,” reported the Belleville News-Democrat.

“The former associate pastor never was charged with any act involving any youngster or any student at Holy Childhood School,” according to the school’s statement. “In fact, whenever he was at the school he always was with a class and with another adult.”

Hechenberger pleaded guilty in November to the crimes.

His sentence — on three counts of possessing child pornography, and one count of possessing methamphetamine — was confirmed to PEOPLE by Jennifer Mudge, the special prosecutor who handled the case for the Illinois Office of the State’s Attorneys Appellate Prosecutor.

Hechenberger originally faced 17 counts but the rest were dropped in exchange for his guilty plea, says Mudge.

Hechenberger apologized during his sentencing Tuesday in St. Clair County Circuit Court, and said he had “never been abusive or inappropriate to anyone of any age,” reports the Associated Press.

Judge Judge Zina Cruse acknowledged what she said was Hechenberger’s “sincere sorrow and repentance,” but also observed that even if he didn’t abuse children himself, he “exhibited a desire to see others abuse prepubescent children,” reports the News-Democrat.

Hechenberger said at his sentencing that hypersexual thoughts, bipolar disease, depression, drug use and his father’s 2014 death created for him a “perfect storm” that led to his downfall.

In his statement upon Hechenberger’s January 2018 arrest, Bishop Edward K. Braxton of the diocese said Hechenberger at the time was an associate pastor at three different parishes. Those responsibilities soon afterward were taken away.

Hechenberger’s attorney, Randall Kelley, argued against jailing him, according to the News-Democrat, saying that his client’s poor health would convert any incarceration into a “death sentence.” 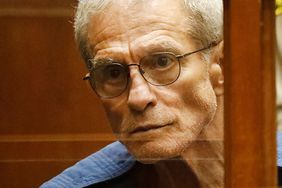