Erin Corwin, the Marine wife who vanished last June before her body was found in a remote desert mine shaft two months later, expected a proposal on the day of her disappearance.

Her alleged lover, neighbor Christopher Brandon Lee, has pleaded not guilty to her murder, but a judge ruled Thursday that there is enough evidence to take the case to trial, according to KESQ.

Among that evidence: text messages from the 19-year-old’s phone in which she happily spoke about her impeding rendezvous with Lee, the Desert Sun reports.

“The location is only half the surprise,” Corwin texted a friend from Tennessee. “He said he’s honestly not sure how I’m going to react Seriously, I don’t know why he would drag me to a very special place for a big dumb surprise.”

That surprise turned out to be her death, prosecutors say. The texts were read aloud by Jessica Trentham, who recalled her friend’s excitement over the potential engagement.

“She said maybe,” Trentham testified about when she asked Corwin whether she thought Lee was going to propose. “With lots of exclamation points.”

But amid the happy messages, chilling details about the encounter emerged. Lee warned Corwin that he might bring a gun to do some hunting. In another text, Corwin told Trentham: “It apparently takes two hours just to get there. A long slow drive. Good talking time, though.”

Corwin was reportedly a few weeks pregnant when she disappeared in late June. According to court records filed last July, the pair were going away to celebrate Erin’s pregnancy.

Her body was found on August 16. On Thursday, homicide detective Jonathan Woods of the San Bernardino County Sheriff’s Department testified that she was likely strangled with a garrote, which was found near her body. A similar one was found in Lee’s car.

Her body was too decomposed to tell for certain whether she was pregnant. Had that been confirmed, Lee would face a second murder charge, according to the Sun.

Lee is due in court again on April 22. 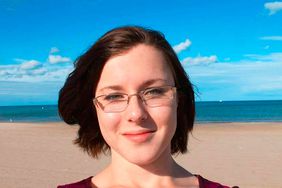 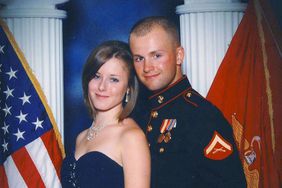