After missing their scheduled check out on Thursday, the pair were found unresponsive by hotel staff in their room

An American couple vacationing in the Dominican Republic were found dead in their hotel room.

On Thursday, the couple was found dead at the Playa Nueva Romana resort, according to a statement released by the resort.

They have been identified as Edward Nathaniel Holmes, 63, and Cynthia Ann Day, 49, of Maryland, WBAL, USA Today and CNN report.

After missing their scheduled check out on Thursday, the pair were found unresponsive by hotel staff in their room, the statement reads. There were no signs of violence, according to USA Today.

Medication for high blood pressure was found in the room, CNN reports.

Holmes’ daughter Dajuan Holmes-Hamilton spoke to a local NBC affiliate, saying, “It should have never happened.”

“We are deeply saddened by the incident at one of our hotels in La Romana, Dominican Republic, and want to express our deepest condolences to their family and friends,” the hotel’s statement read.

The couple had been staying in the hotel since May 25.

The U.S. Department of State said they are working with local authorities on the investigation.

News of Holmes and Day’s deaths come days after a Delaware woman spoke out about her traumatic incident in which she was attacked and left for dead while on a January vacation in the Dominican Republic. 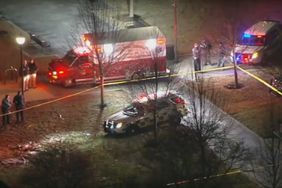