A former college student was sentenced to life in prison without parole for killing her newborn baby daughter inside her sorority house and disposing her in a trash bag.

Emile Weaver, 21, was found guilty of aggravated murder, abuse of a corpse and tampering with evidence by a jury in May.

According to the Associated Press, Weaver gave birth in a bathroom at the Delta Gamma Theta sorority, of which she was a member, at Muskingum University on April 22, 2015. Weaver then put her infant in a trash bag and left her outside, causing her to die of asphyxiation. The body was found in the trash by other sorority members.

Prosecutors claimed Weaver was aware she was pregnant and never intended to keep the baby. During her pregnancy, Weaver drank alcohol, smoked marijuana and played sports, the International Business Times reports.

Weaver told the court she was in denial about the pregnancy and believed the baby girl was dead when she put her in the bag.

Weaver cried as she read a letter to Muskingum County Common Pleas Judge Mark Fleegle before her sentencing, during which she apologized for her crime.

“I ask God for forgiveness, and today, all I can do is ask for all of yours,” Weaver said.

Weaver’s attorney Aaron Miller requested a sentence of life in prison with a chance for parole after 20 years, but Judge Fleegle questioned her remorse. According to IB Times, he cited text messages Weaver sent to a man she believed was the father of the child (DNA tests later proved he was not) that read, “No more baby,” and “taken care of.”

“That was probably the most truthful statement you made that day,” the judge told Weaver, according to the Zanesville Times Recorder. “It was an inconvenience, and you took care of it.”

Weaver originally pleaded not guilty by reason of insanity but was found mentally competent by the judge.

The Columbus Dispatch reports that she said she wants to appeal her sentence. 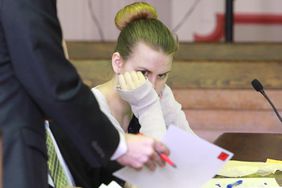 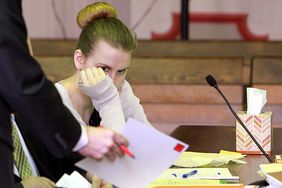 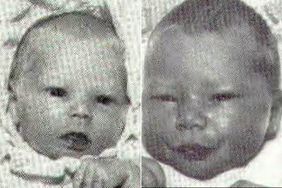