Elizabeth Thomas' Family on Her Recovery from Alleged Abduction: 'Love Is What's Going to Heal Her'

Elizabeth Thomas — who authorities allege was kidnapped by her 50-year-old high school teacher last month — is only at the beginning of her recovery after being reunited with her family in Tennessee on Friday.

But as her relatives tell PEOPLE, she has the help of “some of the best [professionals] in the country” and, more importantly, she is surrounded by love.

“And she needs love over anything else. Love is what’s going to heal her,” says Elizabeth’s older sister Kat Bozeman, one of her nine siblings. “We’re going to show her we love her unconditionally.”

“That’s another thing she’s going to have to learn,” Bozeman continues, “and I’m trying to teach her this: to be loved unconditionally and not settle for anything less than that.”

Elizabeth, 15, was recovered safely last week in Northern California where investigators say she had been staying in a remote cabin with her accused abductor, Tad Cummins, a former health sciences teacher at her high school in Maury County, Tennessee. Authorities allege Cummins “groomed” the girl in his position as her instructor.

• For more on Elizabeth Thomas’ disappearance and discovery, subscribe now to PEOPLE or pick up this week’s issue, on newsstands Friday.

He was fired after disappearing with Elizabeth on March 13, and he now faces multiple federal and state charges. He remains in custody and has not entered a plea.

His attorney claims he did not coerce, force or threaten Elizabeth — which her family dismisses.

Anthony Thomas, Elizabeth’s dad, tells PEOPLE he is giving his daughter space after she was flown home: “You can tell something’s a little different, and I’m not going to press it. I’m just glad to have her back.”

“I have to let the counselors work with her,” Anthony says, adding, “I’ve got to let them do their job, because I want this to turn out the right way. She’s been through a difficult experience — something you don’t find every day, a very uncommon experience. So I have to sit back and let these professionals do their job and take their recommendations.”

Elizabeth’s life right now features some family functions, Anthony says, and a reunion with her beloved dog, Eclipse — but no Internet, no news and no phones. “She really hasn’t even wanted a phone back lately,” her dad says. “That’s quite different, too.”

“She’s going to be going through a lot … because he [Cummins] put her in a position where she was handling situations that a child that young is not meant to handle,” Anthony says.

In an interview with PEOPLE, California-based psychologist Michelle Stevens said, “No one wants to realize that the person they thought cared about them really doesn’t. No one wants to believe they can be so easily manipulated.”

But Stevens added, “If she gets proper and sensitive help to allow her to deal with the guilt and shame that she is going to feel, she can absolutely move on from this.”

Seeing Eclipse again, though, brought pure joy, according to Elizabeth’s dad. “Eclipse was running around playing with her just as happy to see her,” Anthony says.

Elizabeth’s 16th birthday is in a few weeks, in May, and Anthony says the family hopes she’ll be back home by then for good. They already know what kind of cake to get: Oreo ice cream, her favorite. 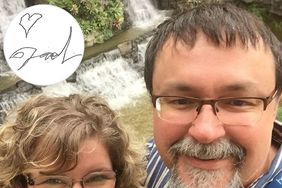 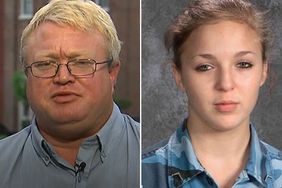 Family of Missing Tennessee Teen Reacts as She's Recovered Safely: 'The Best Day We Could Have Ever Imagined'