Brian David Mitchell was convicted on Friday of kidnapping Elizabeth Smart and subjecting her to a terrifying nine-month ordeal.

Seven years after he abducted her from her Utah bedroom, a jury in a federal court in Salt Lake City rendered a guilty verdict.

Mitchell, 57, who was convicted on federal kidnapping charges and on charges of transporting a child across state lines for sexual purposes, faces a possible life sentence. He is scheduled to be sentenced on May 25, 2011.

As Mitchell was led into the courtroom to hear the verdict, he was singing “The Great Redeemer Died,” as he often does. He didn’t stop singing and showed no visible emotion when the verdict was read.

Elizabeth Smart, 23, took her seat next to her parents, Ed and Lois, and her sister, Mary Katherine. After the verdict was read, there was a look of triumph on Elizabeth’s face, as she hugged her parents.

Jury deliberations began after more than a month of testimony, including several days on the witness stand for Smart, who calmly recounted how Mitchell raped her daily during the months she was held captive. The trial wrapped up on Thursday with three hours of closing arguments.

Mitchell and Barzee were found walking down a Salt Lake County street with Smart in March 2003. Mitchell’s defense team attempted to convince jurors that he was guilty by reason of insanity, but the judge had found Mitchell competent to stand trial after years of hearings and appeals.

During Thursday’s closing arguments, Mitchell’s attorney, Robert Steele, told the jury his client is a “singularly unconnected human being.”

Prosecutors, however, painted a different picture during their closing statements. Mitchell was a good actor who could slip in and out of character at will and was simply a manipulative pedophile, not insane, prosecutor Diana Hagen told jurors on Thursday. “He was a great deceiver,” Hagen said. “He’s a predatory chameleon. Not everybody who has a mental illness is insane.” 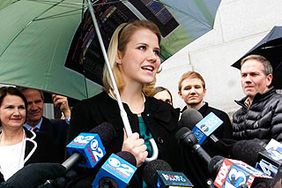 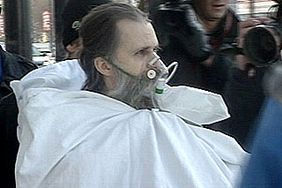 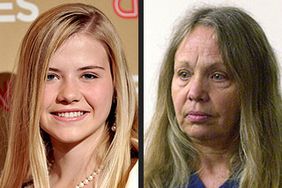