As reports of illnesses and deaths continue, the island nation says that there is nothing for tourists to be concerned about

An official with the Dominican Republic Ministry of Public Health is lashing out at news reports about the eight American tourists who have died on the island since last year.

“It’s all a hysteria against the Dominican Republic, to hurt our tourism, this is a very competitive industry and we get millions of tourists, we are a popular destination,” Ministry of Public Health spokesman Carlos Suero told Fox News on Wednesday. “People are taking aim at us.”

Suero told the outlet the people died of natural causes.

“The testing results are all negative, everything — the food, the alcohol, the air — is normal, there is no alteration of the alcohol,” he told Fox News. “With all the tourists we get every year, we make sure we comply with international standards for everything.”

The U.S. State Department has not publicly released any details about the investigation, and did not immediately confirm or dispute Suero’s assertions about the test results.

According to the U.S. State Department, at least eight American tourists have died since the summer of 2018 after falling ill in the country — and dozens more have gotten sick.

The FBI and CDC are investigating the deaths of at least six of the deaths. Some of them died in what appeared to be bizarre — and similar — circumstances. The agencies involved are not yet releasing further details about the investigations.

Currently, the FBI has agents on the island nation to look into the situation. They are investigating four deaths at various Grand Bahia Principe properties: Nathaniel Edward Holmes, 63, and Cynthia Ann Day, 49, were found dead in their hotel room May 30 at the Bahia Principle La Romana. Five days earlier, Miranda Schaup-Werner, 41, collapsed shortly after mixing a drink from the minibar in the Luxury Bahia Principe Bouganville in La Romana. Last year, Pennsylvania native Yvette Monique Sport, 51, collapsed at the Bahia Príncipe resort in Punta Cana.

As the investigations continue, Suero is slamming the media reports as “fake news” and says that these deaths could have happened anywhere.

“People die all over the world,” Suero told Fox News. “Unfortunately, very unfortunately for us, these tourists have died here. We had about 14 deaths last year here of U.S. tourists, and no one said a word. Now everyone is making a big deal of these.” 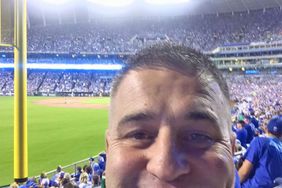 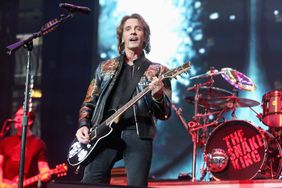