Duane "Dog the Bounty Hunter" Chapman is now searching for Brian Laundrie, who is a person of interest in the death of his fiancée, Gabby Petito

Duane "Dog the Bounty Hunter" Chapman has announced he's joining the search for Brian Laundrie, the fiancé of Gabby Petito who is wanted for questioning as a "person of interest" in her death.

Chapman, 68, visited the North Port, Florida, home of Laundrie's parents Saturday, where he knocked on the door but did not receive an answer, local NBC affiliate WFLA reports.

Chapman told Fox he joined the search for Laundrie, 23, after the public asked him to do so.

Chapman has helped crack high-profile cases in the past, notably capturing convicted rapist Andrew Luster in 2003. Chapman told The New York Times last year that he had captured 10,000 fugitives over the course of his career.

Laundrie has been missing since Sept. 17, when his attorney confirmed that "the whereabouts of Brian Laundrie are currently unknown." He previously returned home to Florida from Wyoming, a stop on his cross-country road trip with Petito, without his fiancée. The FBI confirmed Sept. 21 that a body found in a Wyoming national park earlier this month was Petito's remains.

Since Laundrie's disappearance, investigators have been searching for him in Florida's Carlton Reserve, where he said he went hiking on Sept. 14. The swamp was described as "vast and unforgiving" with "​​gator and snake-infested" waters by North Port Police PIO Josh Taylor.

On Wednesday, the FBI issued a federal arrest warrant for Laundrie, who is accused of using an unauthorized debit card with the intent to defraud.

"While this warrant allows law enforcement to arrest Mr. Laundrie, the FBI and our partners across the country continue to investigate the facts and circumstances of Ms. Petito's homicide," FBI Denver said in a statement. "We urge individuals with knowledge of Mr. Laundrie's role in this matter or his current whereabouts to contact the FBI."

When contacted by PEOPLE, neither the FBI nor the North Port Police Department had any comment on Chapman's involvement. 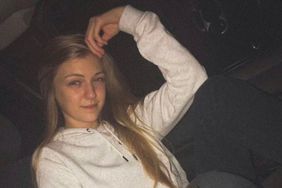