DeAndra Dycus considers herself a voice for her teen son, who was shot in the back of the head, becoming a quadriplegic who is unable to speak

Six years ago, DeAndra Dycus made a promise to her 13-year-old son, who survived a shooting that left him a quadriplegic and unable to speak.

At this year’s Democratic National Convention, Dycus will be speaking for her son -- DeAndre Knox, now 19 -- and thousands of others who have been affected by gun violence. “I'm speaking on behalf of survivors or even the volunteers at Everytown, which is like six million of us. So, I have a heavy job,” she says about her appearance. “This is not just about me and Dre, this is sharing what gun violence looks like in America. There's so many.”

Last year, Dycus shared her son’s story with PEOPLE, which partnered with the nonprofit advocacy organization Everytown for Gun Safety, for a discussion -- moderated by actress and advocate Julianne Moore -- ahead of National Gun Violence Survivors Week.

Knox was 13 years old when multiple shots were fired at a party he was attending in Indianapolis in 2014. One of the bullets struck him in the back of the head.

People always say he’s lucky to have survived, but Dycus told PEOPLE at the time that she’s not sure her son thinks so.

“My son is now 19 years old and lives in a 24-hour-care facility,” she says. “The dreams I had for him were endless. With his GPA and athletic ability, I thought, ‘This kid is going to go far.’ And for someone to snatch that away leaves a permanent wound in your heart.”

Due to Covid-19, Dycus is only allowed to visit her son for 30 minutes each week and she’s not allowed to touch him, which is their primary way of communicating with each other, she says.“I haven't been able to touch my son or anything since the beginning of March, which is extremely difficult,” she says. “I literally sit across from a six feet table and I play music, or I just talk to him.”

Dycus is hopeful that, if they're elected, Joe Biden and Kamala Harris will create sensible gun legislation. 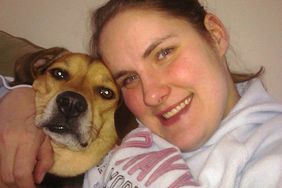 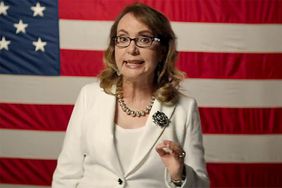