Terra Newell stabbed John Meehan 13 times after he attacked her

Editor's note: Three years ago today, the reign of terror of John Meehan, who later became known as "Dirty John," came to an end when his stepdaughter, Terra Newell, stabbed him 13 times after he had attacked her in her apartment complex's parking lot.

Meehan's long trail of abuse of women subsequently came to light, as the notorious conman and sociopath was profiled in the Los Angeles Times podcast, Dirty John, and later a scripted Bravo series of the same name.

In an exclusive guest column for PEOPLE, the 27-year-old Newell opens up about her harrowing experience with Meehan, living with PTSD and his abuse of her mother.

My heart is pounding, I'm kicking and screaming as hard as I can. It lasted seconds but felt like hours. In just 32 seconds, my life changed forever.

The man grabbed me from my waist and said, "Do you remember me?" I did and knew he was there to kill me.

If you've seen the show or have listened to the podcast Dirty John, you know what happened next. I survived and killed my attacker.

Aug. 20, 2019, marks the three-year anniversary of my attack. My attacker was John Meehan, my estranged stepfather. My mother, Debra Newell, met him on a dating website. She fell for him and quickly married him. He wasn't who he claimed to be. He wasn't a good man and my mother couldn't see that.

Those close to us had suspicions. My family ended up hiring a private investigator and the information we learned terrified us: He had been arrested several times, had restraining orders from many women, was a hard-core drug user and so much more.

When my siblings told my mom this, she left him. But a few months later, she was back in his arms. He was a master manipulator who convinced her what the private investigator found was about another John Meehan.

Eventually, my mother realized he was evil, and left him for good. Then he spiraled out of control. Doing malicious things and making her life miserable. He tried to sabotage her company, lit her car on fire, stalked my family and sent us threats. All of this led up to my attack and the moment that forever changed my life.

My life has drastically changed since that day. After being diagnosed with PTSD, I had to learn what had happened to me. I tried to go back into a normal life, but couldn't. I started to go to therapy, which didn't help until I found a great "EMDR" therapist [Eye Movement Desensitization and Reprocessing, a form of therapy that addresses trauma] in Austin, Texas, and took the time to heal.

I came back to California when the Los Angeles Times started sharing our story, a story we shared in hopes that other women would relate and realize they may know a Dirty John. We wanted to spread awareness because these types of situations are so common. After the Los Angeles Times shared our story, so did other media, and our story eventually got turned into a TV show. With all of these media opportunities, so many people have come forward saying that our story helped them see red flags in their relationships, better manage their PTSD and develop self-defense techniques.

The positive response from the public has encouraged me to make it a life goal to help others encountering relationship red flags. I also work to promote PTSD awareness and share my knowledge on self-defense. I've never had such clarity on what I'm supposed to do in my life. I'm doing everything I can to spread the word now with interviews, speaking to college students and starting my very own podcast, Time Out With Terra.

Even though I am still struggling with PTSD, I have healed so much. People need to know that bad things can happen and you should never let those things hold you back or get you down. The most important thing I have learned is to keep going and stay positive! I am so happy I am alive to share this message, to reflect on all the amazing opportunities that have come about from such a traumatic event and to celebrate another year of living life to the fullest. 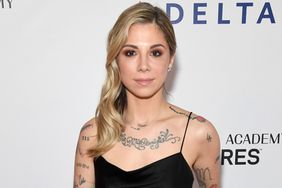 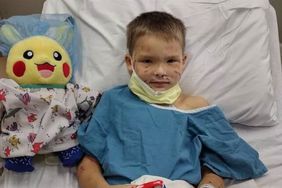 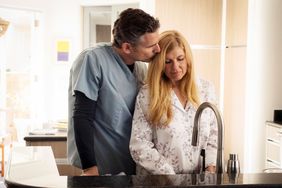