Men Arrested in Fatal Shooting of 1-Year-Old in Stroller at N.Y.C. Cookout in Park Last Summer

Two men have been arrested in connection with the killing last summer of 1-year-old Davell Gardner, Jr., who was fatally shot in the stomach while sitting in a stroller at a Brooklyn barbecue.

A press release on the arrest alleges Austin and Artis are members of the Hoolie street gang.

On Thursday, Gonzales' office announced indictments had been returned against Austin, Artis, and 16 other alleged members of the gang.

"Insidious gang violence as we allege in this case has taken and traumatized far too many lives, including many innocents such as Davell Gardner — a bright and loved baby boy with his whole life ahead of him," Gonzales said.

"Today's indictment of these alleged Hoolies gang members is the second part of a larger investigation that saw 19 of their rival 900 gang members indicted in January for violent crimes, including some who were charged with multiple shootings and murder," he continued. "I am committed to working with the New York City Police Department to focus on the most violent offenders who we allege drive most of the violent crime in Brooklyn to keep our communities safe and bring justice to the many victims who they have harmed."

Austin and Artis have been charged with multiple counts of conspiracy, second-degree murder, attempted murder, reckless endangerment, assault and criminal possession of a weapon for their alleged roles in the July shooting death of the 22-month-old boy.

The shooting took place on July 12, 2020, during a cookout at Raymond Bush Playground in the Bedford-Stuyvesant section of the borough.

Austin has been in custody since last July, when he was arrested days after Davell's death in connection with the March 2020 killing of Janile Whitted, 26, outside Amour Cabaret, a Brooklyn gentleman's club.

In that case, he was charged with murder and criminal possession of a weapon.

It was unclear Friday if either defendant had entered pleas to the charges they face.

Neither suspect has a lawyer of record who could comment on their behalf. 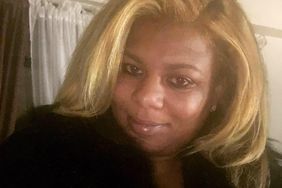