Just hours after popular Florida State University criminal-law professor Dan Markel dropped his two young sons off at daycare on July 18, 2014, he was shot in the head at point-blank range in the garage of his suburban Tallahassee home.

Markel, 41, died the next day — and police quickly surmised he’d been targeted.

But why? And by whom?

More than three years later, the open case is the focus of Monday night’s episode of People Magazine Investigates on Investigation Discovery. The episode zeroes in on the police questioning of Markel’s ex-wife, fellow law professor Wendi Adelson, as the couple emerged from a contentious divorce.

In an exclusive clip from the show, shown above, Adelson, who still lived in Tallahassee but in a different residence than Markel at the time, is seen meeting with detectives on the day of the shooting.

“My ex-husband caused me a lot of grief,” she says, before breaking down in tears and telling the officers, “I would never do something like this.”

When she is asked who would, Adelson volunteers that someone may have shot Markel for her benefit without her knowledge — and she named another Florida State professor, Jeff Lacasse, with whom she’d recently broken up.

• For more on this case, watch the People Magazine Investigates episode Marked for Murder on Mon., Dec. 18, at 10 p.m. ET on Investigation Discovery.

“I’m the paranoid ex-boyfriend,” Lacasse bluntly tells police in the episode. “I was surprised that you guys didn’t call me earlier, though, because I probably said a hundred times that I’d like to kick his ass because he kept, like, really making Wendi suffer.”

It had been Adelson’s choice to end her six-year marriage to Markel. In September 2012, “Markel reportedly returned home from a business trip to find his family gone, a majority of the contents of the house missing and the paperwork for dissolution of marriage displayed on his bed,” according to a criminal affidavit in the case.

The divorce was granted without a trial in July 2013, a year before Markel’s killing. But lingering tension between the two led Adelson to suggest yet another theory to police to explain the killing.

“She made the statement that her brother had joked the previous summer about hiring a hit man but instead decided to buy her a television,” Tallahassee Police Detective Crag Isom testified during a December 2016 hearing.

Police followed that path into Adelson’s background, and more than two years after the killing, they made their first arrests in what they portray as a murder-for-hire, charging first one man and then another who allegedly had connections to Adelson’s brother, Charlie Adelson.

She and Garcia have pleaded not guilty; Rivera pleaded guilty to second-degree murder in a plea deal, and was sentenced to serve seven years in prison.

Those arrests spoke to dark fears among Markel’s closest friends and colleagues that the couple’s acrimonious split might be a factor in the killing. After the breakup, Wendi Adelson had relocated herself and the couple’s two young boys to South Florida, and Markel had gone to court to force them to move back against the wishes of Adelson’s family, according to court documents. A criminal affidavit portrayed the ongoing conflict between Markel and the Adelson family as a possible “motive for this murder.”

The arrests led attorneys for Charlie Adelson and Wendi’s parents, Donna and Harvey Adelson, to assert the family’s innocence.

None of the Adelsons have been charged. But police say their investigation is continuing. 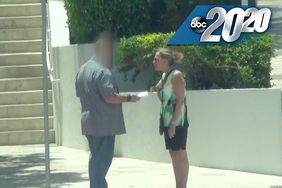