Witness Describes Chaos, Hail of Bullets at Deadly Dallas Demonstration: 'It Was Just Way Too Many Shots'

Details were still emerging from the investigation late Thursday into Friday, and a possible motive was not immediately disclosed by police

Marvin Pabon was on his way home from work Thursday night, driving through downtown Dallas, when he ran into some traffic: A huge crowd, gathered as part of a Black Lives Matter protest, was blocking the street.

But the mood was light, Pabon, 21, tells PEOPLE. Cops were directing traffic, talking to demonstrators, laughing. Pabon even turned off his car as he waited in the throng.

“Everyone was having such a great time,” he says.

And then the sound of guns cracked through the air.

Pabon tells PEOPLE he was about a block away when, about 9 p.m. local time, he heard “at least” 30 gun shots from what he felt had to be more than one person.

“It was just way too many shots,” Pabon says.

The gunfire, he says, was coming from one of the buildings near Main Street.

“The cops, they didn’t know where it was coming from, they were just looking all over the place to see what was going on,” Pabon says. “They were probably caught off guard.”

Two suspects were in custody early Friday morning, Dallas police said in a tweet: One suspect turned himself in, while another was in custody following a shootout with police.

Details were still emerging from the investigation late Thursday into Friday, and a possible motive was not immediately disclosed by police. Authorities are urging people to submit any tips here.

“I would never have figured Dallas would be a war zone,” Pabon tells PEOPLE.

“People were screaming and running, honking everywhere, no one knew what to do,” he says.

The shootings came during a community demonstration in the wake of two fatal shootings this week of black men by police, one in Louisiana and one in Minnesota. The rally showed solidarity with communities affected by those deaths.

Pabon says the demonstration, before the shooting, “was a really cool, chill environment.” He says he doesn’t think any protestors were involved in firing on officers, and that “whoever did this probably [did] it with that intent in mind.”

Pabon says he’s even heard anecdotes from other locals about police officers at the demonstration shielding civilians.

He says he didn’t see anyone get hit.

Within a matter of minutes, Pabon says he was able to get his car away from the scene – as police responded to the gunfire, arming themselves and trying to locate the shooter, Pabon says.

He soon learned that Facebook had turned on its Safety Check feature for Dallas area residents – an echo of deadly crises in places far away.

“It’s crazy,” he tells PEOPLE. “You never figure it would happen in your city.” 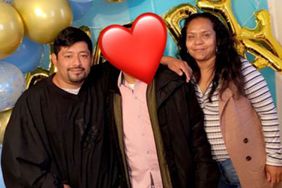 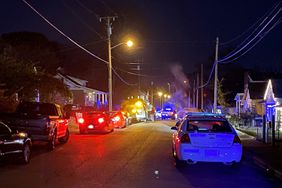