"It's just made my admiration for them greater," says the Texas mom

Her voice cracking, Dallas mom Shetamia Taylor spoke out in a Sunday afternoon press conference about last week’s shooting – and expressed her admiration for the police officers who helped shield her from the bullets.

When the shooting started on Thursday evening, Taylor, 37, shielded her sons from the gunfire after being shot in the leg. The shooting killed 5 police officers and left six others, including Taylor, injured.

“I felt the bullet,” Taylor told reporters on Sunday. “I don’t know if it bounced off the ground or what, but I felt it when it hit me in the back of my leg. My son had turned around to grab me. I grabbed onto him, and laid on top of him.”

“Police officers started coming up the block,” Taylor continued. “I heard him asking if anyone was hit. I said, ‘Yes, sir. I was hit in my leg.’ And the officer jumped on top of me, and covered me and my son. And there was another [officer] at my feet. And another one by my head. They stayed there with us.

As Taylor lay on the ground, she saw a horrifying sight. “I saw another officer right in front of me, and he was shot,” she said before breaking down in tears.

Taylor says that the incident has increased her already-high opinion of cops.

“If anything, it’s just made my admiration for them greater,” she said. “Really, it has.” 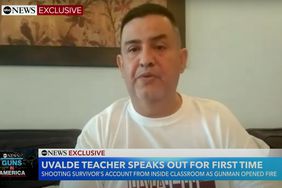 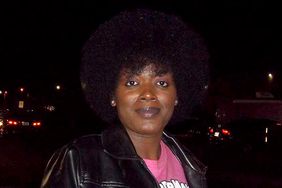 Dallas Mom Shot While Shielding Her Son From Sniper Fire Speaks Out: 'We Have to Learn to Love' 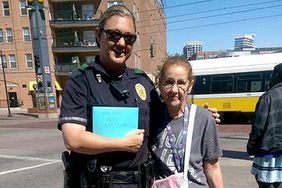 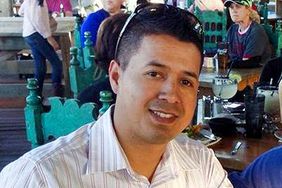 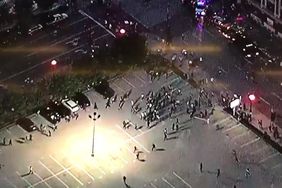