The Pennsylvania district attorney who prosecuted the teens convicted of throwing a rock through a woman’s car windshield and leaving her brain damaged claims the four young men are also responsible for her husband’s suicide two years later.

“The cause physically may have been a self-inflicted gunshot wound, but it was [the boys’ actions] that killed him,” D. Peter Johnson, the Union County prosecutor, tells PEOPLE in an emotional interview Tuesday.

Randy Budd had devoted his life to caring for his wife Sharon Budd when she was left severely injured and unable to perform basic tasks for herself after a 5 lb. rock thrown from a Union County, Pennsylvania, highway overpass crushed her skull. She had been driving from her home in Ohio to New York City to see a Broadway show with her husband and daughter in July 2014.

On Saturday, Randy, 55, was found dead in the couple’s Ohio home from a self-inflicted gunshot wound.

Johnson, who prosecuted Keefer McGee, Tyler Porter and Dylan and Brett Lahr for the incident, says that Randy “was a special kind of person, he was strong, kind, articulate… he faced this tragedy with strength… that strength on a day to day basis, none of us can measure or imagine. And to see that come to an end is something truly tragic.”

“[She] can’t be left alone for a minute,” he tells PEOPLE, adding that Randy was a “loving and caring” caretaker.

Last year, Dylan and McGee pleaded guilty to aggravated assault in the incident, and were sentenced to minimum terms between 1 year and 4½ years.

Porter and Brett pleaded no contest to criminal conspiracy to commit aggravated assault. Porter was sentenced to at least 22 months in a state prison, while Lahr was sentenced to a minimum of 18 months, his lawyer R. Bruce Manchester told PEOPLE last year.

“Dylan appreciates the seriousness and magnitude of the injuries that Ms. Budd has suffered,” Manchester told PEOPLE at the time. “He is, in my opinion, very remorseful. He’s willing to pay his dues.”

Additionally, WNEP reported that McGee, Porter and Dylan apologized to Sharon for their roles in her injuries.

Dylan’s attorney tells PEOPLE that “during the course of the criminal defense, I directed [Dylan] not to speak to anyone, including the Budds.”

Manchester said that Dylan wanted to express remorse to the family, but under his direction, waited until he was in open court. In court, Manchester said, Dylan addressed the Budd family and offered apologies.

Johnson says the men can’t face criminal repercussions for Randy’s death, even if it was allegedly indirectly caused by Susan’s injury.

“My heart goes out to family and the kids,” says Johnson. “It’s just layer after layer of tragedy.”

Before taking his own life, Randy texted several family members, telling them he loved them and made several phone calls to his brother, Harry Campbell, chief investigator for the Stark County Coroner’s Office, told PEOPLE.

In addition, he sent a message to Pennsylvania state Sen. Gene Yaw urging him to “please” get legislation passed to require fencing on highway overpasses, PennLive reported.

Randy, who was vice president of sales and marketing of Radius Hospitality, a hotel management, sales and revenue management company, is survived by Sharon and daughter Kaylee, as well as sons Lucas, James and Joe.

Of the Budds, Johnson tells PEOPLE, “They’re terrific people… They’re just us, and that’s us suffering.” 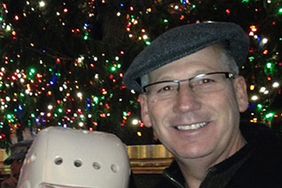 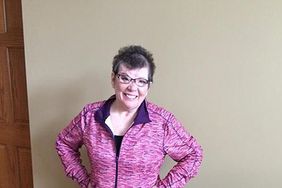