Coworker Allegedly Ambushed, Killed, N.J. Woman at Her Apartment When She Went on Her Lunch Break

A male coworker of the 26-year-old New Jersey woman who was found dead in her apartment in June after never returning from her lunch break has been charged with murder.

On Wednesday, 30-year-old Kenneth C. Saal was arrested at his Lindenwold home and charged with first-degree murder and a third-degree weapon charge for allegedly killing his coworker Carolyn Byington, Middlesex County Prosecutor Andrew C. Carey and Chief Fred Tavener of the Plainsboro Police Department announced in a press release obtained by PEOPLE.

Byington, 26, was found dead in her Plainsboro apartment on June 10, after coworkers asked police to check on her. Earlier in the day, Byington went home from work for her lunch break. When she never returned to work, coworkers became worried.

Saal and Byington worked together at Engine Group, a marketing firm in Princeton. Both were hired by the firm in 2016.

On the day of Byington’s death, Saal allegedly took his lunch at the same time as the 26-year-old and told his supervisor he would be late getting back from his break because he had to take his car to be repaired, according to a criminal complaint obtained by NJ.com.

Saal then allegedly waited for Byington at her apartment and attacked her once she got inside, according to NJ.com.

Neighbors told WABC-TV they heard faint screams coming from Byington’s apartment as well as the sound of furniture moving.

N.J. Woman Goes on Lunch Break and Is Found Slain in Her Apartment Hours Later

Following Byington’s death, Saal’s demeanor at work changed, coworkers told investigators, according to the complaint. He allegedly asked a coworker if he could be arrested based on solely circumstantial evidence and was seen with cuts on his hands and knuckles.

Saal was connected to the slaying after his DNA “could not be excluded” as a match to evidence found under Byington’s fingernails, according to the complaint. NJ.com reports Saal stabbed Byington to death.

Authorities have not released a motive.

Byington grew up in Basking Ridge and in 2015 graduated from Lafayette College in Easton, Pennsylvania.

In her obituary, Byington’s family asks donations be made to Weill Cornell Medicine’s Chiari Research.

“We want the last chapter of Carolyn’s life to be one where her friends and loved ones can help others in her memory,” her mother, Jennifer Byington, said. “Carolyn was a true philanthropist who was active in many charitable organizations, and we know she would have wanted to help other children under Dr. Souweidane’s care by supporting his research.”

The investigation is ongoing. Anyone with information is urged to call Detective Tim McMahon at 609-799-2333 ext. 1627, or Detective David Abromaitis of the Middlesex County Prosecutor’s Office at 732-745-4436.

Attorney information for Saal was not available Friday. 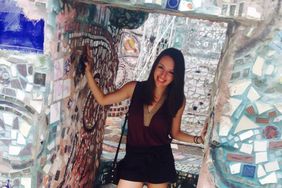 N.J. Woman Goes on Lunch Break and Is Found Slain in Her Apartment Hours Later 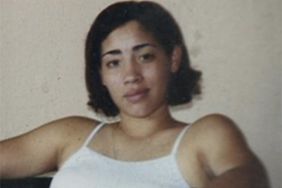