The boy, whose name has not been released because he is a minor, was taken into custody Sunday

A 12-year-old boy has been arrested in the fatal shooting of a courthouse security guard.

The child, whose name has not been released because he is a minor, was taken into custody Sunday in the July 25 killing of 50-year-old Sharon Hawkins, who worked as a security guard at the Downtown Courthouse Complex.

He is facing charges of murder and aggravated assault with a deadly weapon and was referred to Harris County Juvenile Probation authorities.

Hawkins, a mother of three, was found suffering from multiple gunshot wounds on the floor of her Houston apartment on Saturday afternoon about 4:40 p.m.

She died at the scene.

“What put it in a 12-year-old boy’s head to walk up to somebody and just kill them in the house?” Hawkins’ sister-in-law, Kenisha Hawkins told KRIV-TV.

Police said the boy was initially a witness and told detectives he saw a suspect, dressed in all black, leaving the scene.

“Further investigation developed information that conflicted with witness statements,” according to a Houston Police Department press release obtained by PEOPLE.

Police said they did not find any signs of forced entry.

“The male juvenile witness was identified as the suspect in this case and he was taken into custody without further incident,” the release states.

The motive behind the murder is unclear.

"I just feel she's in a better place," Hawkins’ son Javoris told KTRK. "There's no more suffering for her. I really just miss her a lot." 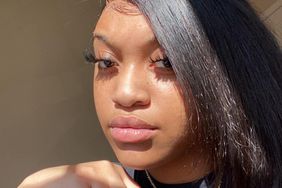 'Like Sunshine When She Walked in the Room': Ga. 17-Year-Old Is Fatally Shot, Suspect Arrested