For Emma Sulkowicz's senior thesis, she will carry around a mattress everywhere until her alleged rapist is expelled

A Columbia University senior says she feels like she has carried the weight of being raped since the first day of her sophomore year, when she was assaulted in her dorm room.

Now, Emma Sulkowicz plans to carry her twin-size mattress with her wherever she goes – in protest of her alleged rapist, who is still attending Columbia.

“I will be carrying this dorm room mattress everywhere I go for as long as I attend the same school as my rapist,” she said on video to The Columbia Spectator. “The piece could potentially take a day, or it could go on until I graduate.”

The visual arts major will be doing a piece for her senior thesis called “Carry That Weight.”

“To me, it’s an endurance performance arts piece,” she says. “I do think nowadays art pieces can include whatever the artist desires, and in this performance art piece, it utilizes elements of protest.”

At the same time, she’s realistic about what she can handle.

“A mattress is the perfect size for me to just be able to carry it enough that I can continue with my day, but also heavy enough that I have to continually struggle with it,” she told the newspaper.

She explains that the piece works mainly by word of mouth, but she will also use a studio on campus where she can clarify her artistic intentions.

Sulkowicz told the newspaper that she didn t want to report her attack to the police because she was embarrassed and ashamed of what had happened to her.

It was only after finding out tht two other women were also allegedly assaulted by the same man that she came forward.

“I realized that if I didn’t report him, he’d continue to attack women on this campus. I had to do it for those other women,” she said.

According to The Columbia Spectator, the university found him “not responsible” for all three allegations after she filed a complaint in April 2013.

Sulkowicz is one of 23 Columbia and Barnard College students who filed three separate complaints with the U.S. Department of Education in April over the way the school handles alleged sexual assaults. In May, she also filed a police report against the alleged attacker.

Columbia University would not comment about this specific incident but did release an official statement to PEOPLE.

“The university respects the choice of any member of our community to peacefully express personal or political views on this and other issues,” the school says. “At the same time, the University is committed to protecting the privacy of students participating in gender-based misconduct proceedings. These matters are extremely sensitive, and we do not want to deter survivors from reporting them. The University therefore does not comment on these matters.”

The university also elaborated on what it is doing to help prevent sexual assault.

“In recent months, Columbia has announced a new Gender-Based Misconduct Policy for Students, opened an additional Sexual Violence Response and Rape Crisis/Anti-Violence Support Center, expanded mandatory training for incoming undergraduates on consent and the importance of bystander intervention and launched a new ‘Step Up’ campaign to help prevent gender-based misconduct from occurring in the first place.”

The university, which also has a Sexual Respect webpage, explained the investigation process for when a student files a complaint.

“There is a full investigation,” Suzanne Goldberg, special advisor on sexual assault and prevention and response at Columbia, tells PEOPLE. “If we find someone responsible for rape, there are serious sanctions. They could be suspended or expelled. We take it very seriously.” 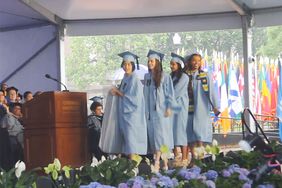 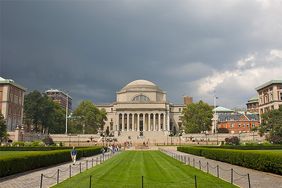 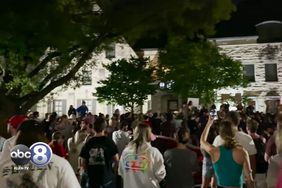