A Colorado couple has come forward and alleged that they fell ill at the same resort in the Dominican Republic where three American tourists died over a five-day period in May.

Kaylynn Knull and Tom Schwander filed a lawsuit earlier this year against the owners of Grand Bahia Principe Hotel La Romana, CNN reports. In the lawsuit, the couple blames the resort for causing their June 2018 sickness.

According to their suit, the couple’s room smelled of chemicals. They say they experienced headaches, nausea, cramping and diarrhea.

On May 25, Miranda Schaup-Werner, an Allentown, Pennsylvania psychotherapist, 41, collapsed shortly after mixing a drink from the minibar in the hotel she’d recently checked into to celebrate her 9th wedding anniversary with husband Daniel Werner. According to a statement from the hotel, Schaup-Werner was staying at the Luxury Bahia Principe Bouganville, which is at the same resort as the Grand Bahia Principe La Romana and shares the same phone number.

According to the reports of the victims’ autopsies released Thursday by the Attorney General of the Dominican Republic, she died of a heart attack that caused respiratory failure and a fluid accumulation in her lungs.

Five days later, Edward Nathaniel Holmes, 63 and Cynthia Day, 49, were found unresponsive in their hotel room at the Grand Bahia Principe La Romana, with no signs of violence.

According to the autopsy report, the couple suffered respiratory failure and fluid accumulation in their lungs, with Day also suffering a cerebral enema, though the cause of the fatal episodes was not clear and toxicology results are still pending.

On Tuesday, the U.S. State Department confirmed the three Americans tourists’ deaths to PEOPLE and said in a statement that the U.S. Embassy “is actively monitoring the investigations by Dominican authorities into these tragic deaths. We stand ready to provide assistance as requested.”

Univision reported that Robin Bernstein, the ambassador of the United States to the Dominican Republic, said the recent high-profile incidents involving American tourists in the Caribbean island nation — including the assault of a woman at another resort — were isolated cases.

Knull and Schwander say in their lawsuit that they became very ill.

Knull told CNN they cut their vacation short, and says the couple’s symptoms subsided when they returned home.

According to medical records included in the lawsuit their family doctors suspected the couple had been exposed to organophosphates, chemicals often found in pesticides.

The couple believes they were exposed to the chemicals through the air conditioning system; Knull recalls seeing a maintenance worker spraying Palm plants that covered air conditioning units outside their room.

The couple is seeking unspecified damages. Their attorneys did not immediately return PEOPLE’s message.

The resort did not respond to PEOPLE’s request for comment on the couple’s lawsuit. 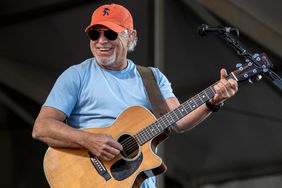